Dhani Ram Saggu, 40, lives alone in Punjab’s Zirakpur, a satellite town of Chandigarh, where he got stuck during the lockdown. A carpenter, who runs a business called Noora Interiors that undertakes work in ‘kothis’ (large houses), crafting doors, windows, and cupboards, he was left with nothing to do when the world shut. “Log itna pareshaan the; maine socha, ‘Tum bhi free ho, tum bhi pareshan ho jaoge’ (People were anxious, and I told myself I’d get that way too),” he says. The need to keep himself occupied drove him to consider building something.

Saggu thought about his two children, 16 and 14, back in his village nearby, and decided to build a cycle. He measured the regular cycle of a friend, sketched it out, and began working in plywood. “This was 50% okay and 50% not okay,” he says, primarily because the wheels too were constructed out of plywood making the bike heavy.

The second attempt was in kail wood from Canada that he sourced from a neighbour. The wood, also available in the hills in India, is strong like teak, but light weight, and inexpensive, he says. He wanted to tweak it further.

A friend who knew of a cycling enthusiast, Rakesh Singh, got him to check out the design. On his feedback, Saggu put in a mud guard, redesigned the handlebar, and added a basket. All of this took him four months. Singh, who bought the first cycle, and rides daily in Chandigarh, where he is on deputation as an administrative officer in PGIMER, says they’re looking at working on making it lighter still.

The cycle, that weighs between 20 kilograms and 22 kilograms, is heavy compared to a regular road bike (about 10 kilograms), a hybrid (about 12 kilograms), and a mountain bike (about 15 kilograms), says Mumbai-based cycling blogger Vijay Malhotra. “It’s not meant for performance, but has value as a novelty, a collector’s item.” In his blog that features the bike and its maker, Malhotra points to international brands like the Netherlands’ Bough Bikes that also makes wood frames. The irony is that Saggu had no understanding of the bicycle market, but still managed to visualise and produce a handmade cycle for himself. “The honesty stands out in the product,” says Malhotra.

Today, Saggu claims to have delivered 10 orders and has another six to go. These are from across Punjab, but he says because of a story done by a regional language newspaper, he has had calls from across the world. “The MD of Hero (Pankaj Munjal) also called and congratulated me.”

While he was initially sourcing parts from the local market, he will soon be meeting suppliers from Ludhiana for better brakes, saddles, and more. Saggu now uses disc brakes rather than rim ones, and plans to start putting in gears as well.

He understands why people would buy it: “Isse pehchan banti hai.” His friend and plywood supplier, Sanjeev Sharma, who watched closely as the bicycle was built, and was one of the first customers, bought the cycle, because “shauk tha; latest cheez hai (I liked it; it is something new)”. He takes it out over the weekend, doing short distances.

Saggu says the cycle can go upto 25 kilometres a day, but it is best to use it on smooth roads and in dry weather. He has taken a space above a showroom on rent, and hopes to build many more custom-made bicycles. 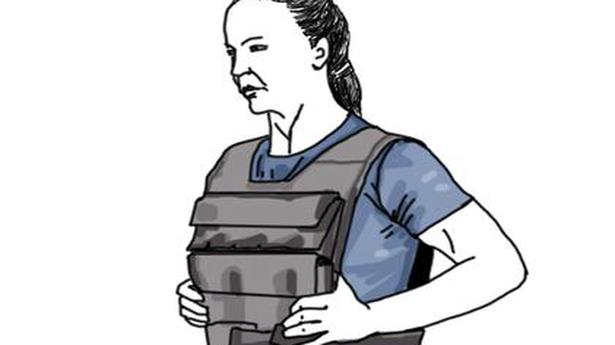