The free ambulance service, launched in 2016, proves crucial in the country’s response to the virus

Less than five years after its launch, an India-funded free ambulance service is playing a vital role in Sri Lanka’s COVID-19 response, according to health sector officials.

“Over the last few months, the ‘1990 Suwa Seriya’ Emergency Ambulance service has doubled its efforts, attending not just to medical emergencies, but also helping us transfer COVID-19 patients, including those with co-morbidities, to hospitals swiftly,” said Dr. Sunil de Alwis, Additional Secretary, Medical Services, Ministry of Health. For this, the service coordinates with the Health Ministry, Public Health Inspectors, and the Epidemiology Unit to ensure that coronavirus patients are able to access treatment at the right hospital, without losing time.

On Sri Lanka’s request, India provided a grant of $7.56 million for the Suwa Seriya [vehicle or journey for good health] service, launched first in 2016, in Sri Lanka’s Western and Southern Provinces, with 88 ambulances.

In the next couple of years, the ‘1990’ service was expanded to cover all nine provinces in the island, with a fleet of 297 ambulances — Sri Lanka purchased them from Tata Motors — with an additional Indian grant of $15.09 million. It is India’s second largest grant project in the island, after the housing project of more than 60,000 houses, with a nearly $400 million grant.

The idea of launching such an ambulance service came not at any high-level bilateral discussion. It was a proposal made by Harsha de Silva, then a junior Minister and now opposition parliamentarian, after an ordeal he experienced while trying to hospitalise a friend who sustained serious injuries in a road accident. “Sri Lanka didn’t have a pre-hospital emergency ambulance service until 2016. That experience taught me how crucial an ambulance can be in such situations. When I heard India was offering a grant, I immediately made this proposal to then Prime Minister Ranil Wickremesinghe,” Mr. de Silva, an MP with the main opposition party Samagi Jana Balawegaya (SJB, or United People’s Front), told The Hindu.

The grant, he recalled, was in the context of Prime Minister Narendra Modi’s visit to Sri Lanka in March 2015, the first bilateral visit by an Indian Prime Minister to the island nation in some 25 years. “PM Modi addressed the Parliament, and when I had a chance to meet him at the lobby, I briefed him about this proposal, and he immediately said we will do it,” Mr. de Silva said. “The Indian side put forward only one condition. That after the launch and the initial phase, the government of Sri Lanka must take over the ambulance service and run it. We readily agreed.”

Following bilateral deliberations and paperwork, the service was launched about a year later. Not without resistance, though.

Some, including nationalist groups and an influential trade union of government doctors, vehemently opposed the “Indian ambulance”, on grounds that Sri Lankan health workers would lose jobs to Indian counterparts, quality, and national pride.

After setting up the service, New Delhi and Colombo organised training for Sri Lankan emergency medical technicians, working in the ambulances, at the GVK EMRI in Hyderabad. So far, all the 709 technicians, who work round the clock in the ‘1990’ ambulances, have been trained in India. “The hands-on training in India has really helped our emergency medical technicians. They now undergo other refresher programmes periodically,” said Sohan de Silva, CEO of the 1990 Suwa Seriya Foundation, a semi-government, not-for-profit organisation functioning under the Ministry of Health. The Foundation has 1,400 staff members, including medical technicians and drivers, operating the service.

After the initial partnership in training and operations, India exited the scene, even as Sri Lanka’s health sector began owning it. “While we have a sticker saying ‘This is a gift from the people of India with the Indian flag on each ambulance, there is no Indian connection in the running of this service now,” Mr. Harsha de Silva said. “It is Sri Lanka’s, run entirely by Sri Lankans.”

Despite meeting initial resistance, the service gradually gained popularity, more apparent after COVID-19 struck. In March, when Sri Lanka’s first wave of the pandemic struck, the 1990 call centre noticed a surge in calls — from about 5,300 a day to 9,000. It meant that the ambulances were attending to at least 500 more cases than the daily average of 1,050. Sri Lanka contained its first wave of the coronavirus effectively, but the second wave since October has proved rather challenging. Infections have been spreading fast, resulting in a rapid increase in both, the number of cases and fatalities over the last three months. During this time, the number of COVID-19 fatalities rose from 13 to 215, while the number of infections went up from 3,300 to over 45,000.

“Attending to COVID-19 cases isn’t easy, as all the staff have to be in full PPE and disinfect the vehicle after every hospital transfer,” Dr. de Alwis said. “But we are really happy with this service and greatly appreciate the Indian assistance. In fact, it would be wonderful if India can help us expand this service even more,” he said, speaking of plans to include mental health into the ambit of the ambulance service. A systems-driven approach in running the service has been key to its success, especially during the Covid-19 pandemic, officials noted. The response time of an ambulance in capital Colombo is 8.30 minutes. But in that time, the caller – often the patient’s relative – gets at least three calls from the 1990 service. “We need to reassure the patient party that our ambulance is on its way and will soon attend to their needs Eight to ten minutes is a long time in a crisis,” said Sohan De Silva. The systems now in place, in his view, have kept overhead costs low. “On an average, the cost per case s less than LKR 5,500 (roughly ₹ 2,160).

“The success of this service, that some resisted earlier, is seen in the trust people have on it. No greater validation than that,” Mr. de Silva said. 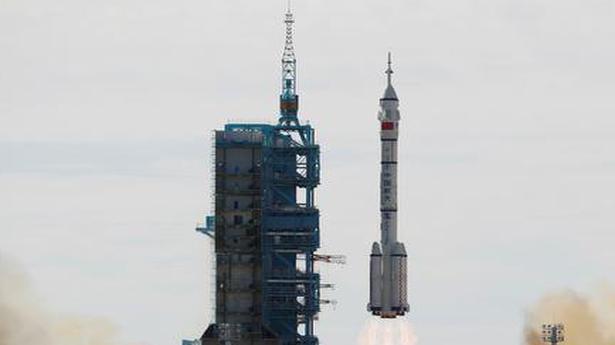