Washington: Hundreds of supporters of US President Donald Trump stormed into the US Capitol building on Wednesday just as the US lawmakers were going to certify Democratic President-elect Joe Biden’s victory in US Presidential Elections 2020.

Both the Houses of the Congress were forced to halt the session proceedings that would have certified Biden`s victory in the November 3 election. Security inside the Congress had to draw guns to deter the protesters as the members of the US Congress were evacuated.

While it has been confirmed that one person who was a part of the mob that stormed into the US Capitol had been shot and killed, a spokeswoman for the Washington police department said.

Though, it was unclear who shot the woman, but a witness told Reuters that the shooting occurred after law enforcement authorities urged people to “get back.”

It has been reported that protesters broke windows and police was seeen deploying teargas shells inside the building.

Meanwhile, President-elect Joe Biden denounced the event saying this was not a protest but an “insurrection” and urged that President Trump should ask his supporters to end the ‘seige’, Biden said in a LIVE address to the media.

“I call on President Trump to go on national television now to… demand an end to this siege,” Biden said. “To storm the Capitol, to smash windows, to occupy offices, the floor of the United States Senate… threatening the safety of duly elected officials? It’s not a protest, it’s insurrection.”

The unprecedented scenes at the US Capitol has drwan international condemnation wiith several world leaders denouncing the event. UK PM Boris Johnson called the whole event as ‘disgraceful’ while NATO chief Jens Stoltenberg said that the situation in US was “shocking”. 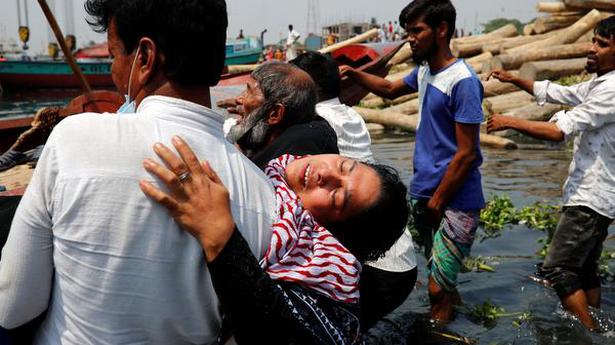