An ice age wolf from Canada

In July 2016, a gold miner in Yukon, Canada discovered a perfectly mummified wolf pup in the permafrost. The pup was named Zhùr (meaning ‘wolf’ in the Hän language) by the local people. Studies have now revealed that the female pup lived 57,000 years ago and died when her den collapsed. She was about seven weeks old and her genome revealed that she descended from ancient wolves from Russia, Siberia, and Alaska. “One thing that surprised us was that she was eating aquatic resources, particularly salmon.” first author Julie Meachen, Ph.D., an associate professor of anatomy at Des Moines University, said in a release.

Researchers barcoded and tracked thousands of individual honey bees for the study.
Photo by Beryl Jones

“If the queen bee in a colony dies and the workers fail to rear a replacement queen, some worker bees activate their ovaries and begin to lay eggs,” explains Beryl Jones, a former graduate student at the University of Illinois Urbana-Champaign, in a release. “This is an example of ‘behavioral plasticity,’ the ability to change behavior in response to the environment.” The team studied the activity of genes in the brain to understand what regulates these behavioral differences and identified 15 transcription factors. The team writes that this can help understand how social behaviour evolved in different species.

Can you convert gaseous carbon dioxide directly into jet fuel? Researchers from the U.K. say yes and show that it can be achieved by using inexpensive iron-based catalysts. The Fe-Mn-K (Iron- Manganese- Potassium) catalyst by a method called Organic Combustion was able to convert carbon dioxide to hydrocarbons used in aviation jet fuel. The conversion reaction also produced other raw materials used in the petrochemical industry such as light olefins ethylene, propylene, and butenes. “As this carbon dioxide is extracted from air, and re-emitted from jet fuels when combusted in flight, the overall effect is a carbon-neutral fuel,” notes the paper.

A shipwreck tells the story of ivory trade

In 1533, a Portuguese trading vessel named Bom Jesus heading to India was lost at sea. And in 2008, the shipwreck was found in Namibia. The ship had 40 tonnes of cargo which included gold and silver coins and over 100 elephant tusks. Now using modern DNA analysis, researchers have pointed out that the tusks belonged to savanna (Loxodonta africana) elephants that lived in West Africa. The tusks were collected from over 17 herds with distinct family lineages. The team notes that only four of the family lineages are now present in Africa and the others have gone extinct due to hunting for ivory.

Atoms are trapped in an optical cavity composed of two mirrors. When a “squeezing” laser is set through the cavity, the atoms are entangled, and their frequency is measured with a second laser, as a platform for more precise atomic clocks.
Credits:
Image: courtesy of the researchers

Physicists from the Massachusetts Institute of Technology have built an atomic clock that keeps time more precisely. In their new atomic clock, around 350 entangled atoms of ytterbium were used. These atoms oscillate at the same very high frequency as visible light, “meaning any one atom vibrates 1,00,000 times more often in one second than cesium,” explains the team in a release. They write that this clock could help scientists detect dark matter and study gravity’s effect on time. 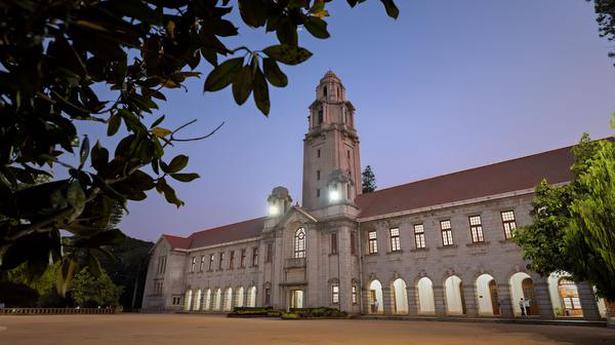