The Forest Department across Karnataka has been put on alert following reports of bird flu in the neighbouring States.

As this also coincides with the annual winter migratory season, staff will monitor the water bodies that are in the hinterland which play host to migratory birds.

This is because a large number of migratory birds were reported dead in Himachal Pradesh in what is suspected to be an outbreak of bird flu.

Prashanth Kumar, Deputy Conservator of Forests, Mysuru Territorial Division, said that they have received an advisory from the Ministry of Environment Forest and Climate Change (MoEFCC) to take precautionary measures including stepping up monitoring of water bodies in their respective jurisdiction.

This entails reporting any bird death, collecting the viscera or the carcass and sending the samples to the laboratories for analysis, handing the carcass with gloves and other protective gears ,etc. Staff will also monitor the wetlands where the migratory birds tend to roost. Signs to be observed include birds tending show signs of tremors, tilted head or found to be paralysed.

There is routine surveillance in protected areas such as Ranganathittu Bird Sanctuary and Kokkrebellur in Mandya district, and Karanji Nature Park and Lingambudhi Kere in Mysuru city. But there are hundreds of wetlands in south Karnataka belt, and central and north Karnataka region that do not have regular monitoring as they are not under the Forest Department.

Hence the authorities have sounded out to the general public to watch out for any presence of bird carcass and inform the department.

Last week there were two pelican deaths at Kokkrebellur and the viscera collected from the bird carcasses were sent to the laboratory and they turned out to be negative for bird flu, said Mr. Prashanth Kumar. “As on Monday evening there have been no cases of bird flu deaths in the State’’, he added.

While the monitoring of the protected bodies is not an issue given the presence of forest watchers deployed for security the real challenge is to monitor wetlands in the hinterland.

In certain places with a strong bird watching activity the authorities are banking on the birders to inform them of the presence of any bird carcasses .

Mysuru region plays host to winter migratory birds that come to roost from different parts of the globe. Hadinaru near Nanjangud, Kaggalipura near Somanathapura in T.Narsipur taluk, Nugu, Yellandur, Narasambudhi, Sulekere, Kunthur Kere, Kalluru, and Kesthur are a few of the wet lands where the migratory birds tend to congregate.

The regular bird watchers from Mysuru and surrounding areas tend tocover160 to 200 wetlands as part of their annual winter fowl census. The information they pass on the Forest Ddepartment on any bird death will be of help, say the officials. 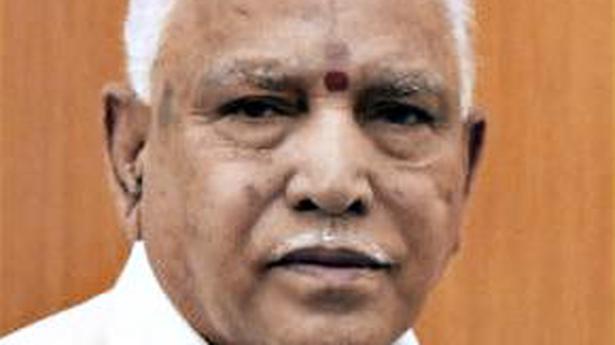