The penguins of Phillip Island do not know what it means to WFH. They busily waddle out to sea every morning and return home by sunset. Swimming, hunting and tanning in the seas all day plus looking cute can be exhausting. And they follow this routine every day of the year.

The Penguin Parade at this island, just 90 minutes from Melbourne, is a popular attraction among locals and tourists. This year, due to the pandemic, Phillip Island Nature Parks is now making this feature available virtually on YouTube (PIPenguinParade) and on their Facebook page, seven days a week.

Jordan, Visitor Experience Ranger at Phillip Island Nature Parks, says, “What makes this phenomena unique is that it is wild and occurs completely out of natural causes. Our Island has come to be known as a beloved local and global natural wonder because of how intimate we are able to make this experience for our visitors.”

The Phillip Island Nature Parks was officially formed in 1996. But the penguins were first spotted by local farmers several hundred years ago, says Jordan, tracing the history of the Island. The Penguin Parade however was established only in the early 1920s when a local entrepreneur had his shark tank moment and started levying a fee on visitors to watch the penguins by torchlight.

“They come out of the ocean to reach their burrows on land. They move in large groups for safety in numbers, as they are worried about predators like eagles and hawks — after all, they are the world’s smallest penguins at only 33cm high,” says Jordan. This is the Little Penguin (Eudyptula minor), the only penguin species on the island, and the only species found in all of Australia, she adds.

@Thehindumetroplus on Instagram, brings the penguins to your homes. Catch them live on September 18 at 1.45 pm, as they make their way home. 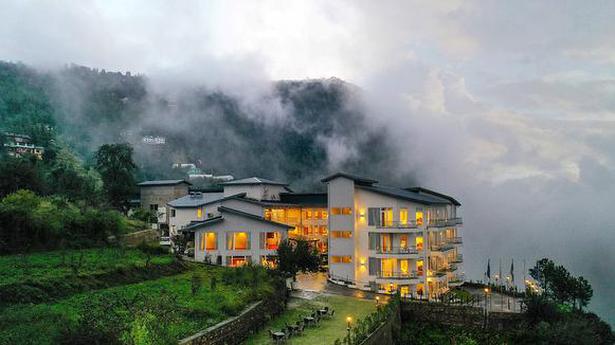