Democrat Raphael Warnock won one of Georgia’s two Senate runoffs on Wednesday, becoming the first Black senator in his state’s history and putting the Senate majority within the Democrats’ reach.

A pastor who spent the past 15 years leading the Atlanta church where Martin Luther King Jr. preached, Mr. Warnock defeated Republican incumbent Kelly Loeffler. It was a stinging rebuke of outgoing President Donald Trump, who made one of his final trips in office to Georgia to rally his loyal base behind Loeffler and the Republican running for the other seat, David Perdue.

The focus now shifts to the second race between Mr. Perdue and Democrat Jon Ossoff. That contest was too early to call as votes were still being counted. If Mr. Ossoff wins, Democrats will have complete control of Congress, strengthening President-elect Joe Biden’s standing as he prepares to take office on Jan. 20.

Mr. Warnock’s victory is a symbol of a striking shift in Georgia’s politics as the swelling number of diverse, college-educated voters flex their power in the heart of the Deep South. It marks the end of nearly two decades in which Democrats have been shut out of statewide office and follows Biden’s victory in November, when he became the first Democratic presidential candidate to carry the state since 1992.

Mr. Warnock, 51, acknowledged his improbable victory in a message to supporters early Wednesday, citing his family’s experience with poverty. His mother, he said, used to pick “somebody else’s cotton” as a teenager.

“The other day, because this is America, the 82-year-old hands that used to pick somebody else’s cotton picked her youngest son to be a United States senator,” he said. “Tonight, we proved with hope, hard work and the people by our side, anything is possible.”

Ms. Loeffler refused to concede in a brief message to supporters shortly after midnight.

“We’ve got some work to do here. This is a game of inches. We’re going to win this election,” insisted Ms. Loeffler, a 50-year-old former businesswoman who was appointed to the Senate less than a year ago by the state’s governor.

Ms. Loeffler, who remains a Georgia senator until the results of Tuesday’s election are finalized, said she would return to Washington on Wednesday morning to join a small group of senators planning to challenge Congress’ vote to certify Biden’s victory.

“We are going to keep fighting for you,” Ms. Loeffler said, “This is about protecting the American dream.”

Georgia’s other runoff election pitted Mr. Perdue, a 71-year-old former business executive who held his Senate seat until his term expired on Sunday, against Mr. Ossoff, a former congressional aide and journalist. At just 33 years old, Mr. Ossoff would be the Senate’s youngest member. 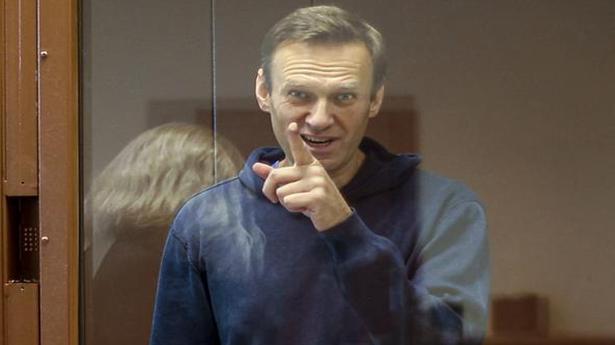