Space Situational Awareness (SSA) is the science of tracking objects (man-made and natural) that are in orbit and also predicting whet they would be at a given point in time. So far, only America, Russia and Europe have similar established capabilities in place to track space objects and share collision warnings.

An entity focused on SSA is much-needed owing to the manner in which space is getting over-populated with government, private satellites, man-made space debris which pose a serious threat to satellites that are orbiting the earth.

The real danger posed by a possible collision of satellites would be the debris of varying sizes scattered across space in all directions, in high-speeds with high potential of harming other satellites.

As of January 2020, there are around 2,000 active satellites orbiting the earth. There are also more than 23,000 pieces of debris larger than 10cm (4inches) in orbit, according to NASA.

ccording to ISRO, NEtwork for space object TRacking and Analysis (NETRA) project is initiated as a first step towards meeting this goal. NETRA’s main elements would be a radar, an optical telescope facility, and a control centre. ISRO’s SSA Control Centre, “NETRA”, is now set up within the ISTRAC campus at Peenya, Bangalore.

ISRO has envisaged the control centre to function as a hub of all SSA activities within India. Concurrent processing of data from the upcoming observational facilities for space objects’ orbit determination, correlation and catalogue generation will take place here. There will be provision to schedule and remotely operate the observational facilities from the control centre.

In addition, dedicated labs will also be set up in this control centre for Space Debris mitigation and remediation, compliance verificationof UN/IADC guidelines and various R&D activities.

It is notable that, (according to the Russian Space agency), India’s Cartosat 2F weighing over 700kg dangerously approached the Kanopus-V spacecraft at 01:49UTC, on November 27. In a tweet, Roscosmos has said that the minimum distance between both Russian and foreign satellite was 224 meters. Both the satellites are meant for earth’s remote sensing.

According to a source that spoke to Zee media earlier, on the condition of anonymity, 1 Kilometer is an ideal distance between satellites in orbit, whereas 224 meter is scary and can be counted as a near miss. Generally, when two satellites are predicted (based on calculations) to make a close pass, a decision is taken to maneuver one of them away in advance(usually days ahead). 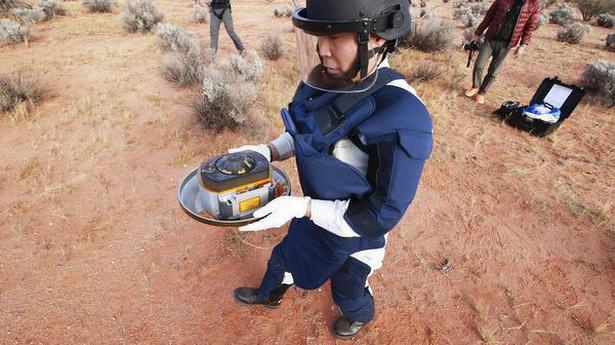