The Religious Zionist Party includes a new incarnation of the Kahanist movement, a Jewish extremist group outlawed as terrorists by Israel, the United States and other Western countries decades ago over its incitement to violence against Arabs.

Exit polls by Israel’s three main television channels projected the Religious Zionist Party will win six to seven seats, the best-ever showing by an extreme right-wing party. With Netanyahu and his opponents deadlocked after four elections in two years, he will likely need the group if he succeeds in assembling a narrow majority in the 120-member Knesset, Israel’s parliament.

Its rise heralds a further shift to the right in Israel, where parties that support Jewish settlements and oppose the creation of a Palestinian state already dominate the political scene. A solidly right-wing government would likely find itself on a collision course with U.S. President Joe Biden’s administration, which has pressed for the revival of peace efforts.

The Religious Zionist Party is led by Bezalel Smotrich, a longtime activist and former transport minister who has organized anti-gay protests and recently compared gay marriage to incest. In 2016, he tweeted in support of segregating Jewish and Arab women in maternity wards.

Its only natural my wife would not want to lie next to someone who just gave birth to a baby that might murder her baby in another 20 years,” he wrote.

He has also expressed hostility to more liberal strains of Judaism and said Israel should be governed by religious law.

He is allied with Itamar Ben Gvir, head of the far-right Jewish Power party. He is a disciple of the late Rabbi Meir Kahane, who incited violence against Arabs, called for Israel to be governed by Jewish religious law and advocated the expulsion of Arabs and other non-Jews from Israel and the occupied territories. Joining them is the openly homophobic Noam faction.

As a teenager in the 1990s, Ben Gvir became active in the Kach movement founded by Kahane, who was assassinated by an Egyptian-American in New York in 1990.

In a TV interview in 1995, Ben Gvir boasted of stripping an ornament off then-Prime Minister Yitzhak Rabins Cadillac, saying Well get Rabin too. Weeks later, Rabin was assassinated by a Jewish extremist opposed to his peace efforts with the Palestinians. Ben Gvir later became a lawyer who represented Jewish extremists suspected of attacking Palestinians.

Until recently, he had a portrait hanging in his living room of Baruch Goldstein, a Kahane disciple who gunned down 29 Palestinians as they prayed in a West Bank mosque in 1994. Ben Gvir has said he favors the expulsion of Arabs who are hostile to the state.

In the lead-up to the election Ben Gvir sought to distance himself from Kahane’s most extreme views. In an interview with Channel 13 after the exit polls, he said Kahane had done many good things,” adding: I dont agree with everything Kahane said.”

The National Religious Party is a strong supporter of Jewish settlements and of annexing the occupied West Bank, which Israel captured in the 1967 Middle East war. The Palestinians want the West Bank to form the main part of their future state and view the settlements as an obstacle to peace, a position with wide international support.

Netanyahu pressed the three far-right factions to unite to ensure they would pass the minimum electoral threshold. They fell short in last year’s election, meaning votes that could have helped Netanyahu went to waste. Now he will need them if he hopes to remain in office and pursue immunity from prosecution on a raft of corruption charges.

Their presence in what would likely be a narrow coalition government has raised alarms across Israel’s political spectrum, with critics arguing that Netanyahu will be beholden to their radical agenda for his political survival.

The Kahanists want to join the government not just for the ministers plush seats, the salary and car, an army of aides and funding for their supporters. They have an agenda,” Nahum Barnea, a veteran columnist for the Yediot Aharonot newspaper, wrote ahead of the election.

First of all, it means freedom for Jewish terrorists to operate in the territories. Second, it means destroying the justice system. Third, it means apartheid within Israel; racial separation at hospitals, universities, the civil service and the (military). Fourth, it means gender discrimination. Fifth, it means enforcing national-Haredi (ultra-Orthodox) religious codes. They arent playing around. 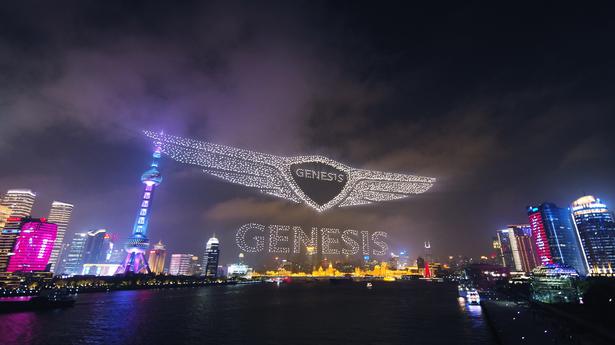