Melbourne: In what could be a potential breach of the COVID-19 protocols, five Indian players were captured in a fan video when they were eating at a restaurant in Melbourne. It was also alleged that the players breached the bubble rules during this outing.

The five have been put under isolation and the Cricket Australia (CA) and the Board of Control for Cricket in India (BCCI) have launched an investigation into the incident.

“The players – Rohit Sharma, Rishabh Pant, Shubman Gill, Prithvi Shaw and Navdeep Saini – have been separated from the Indian and Australian squads but will still train in accordance with the strict protocols that have been put in place to ensure the ongoing safety of all members of the Indian and Australian squads,” said CA on Saturday (January 2, 2021).

The statement also read, “The BCCI and CA are investigating the matter and seeking to determine whether the outing constitutes a breach of biosecurity protocols.”

“In the interim, on the advice of the Australian and Indian medical teams, the aforementioned players have been placed in isolation as a precaution. This will include separating the group of players from the broader Indian and Australian squads when traveling and at the training venue,” the Cricket Australia stated.

The incident came to fore after a fan video went viral, which shows Rohit Sharma, Rishabh Pant, Shubman Gill, Prithwi Shaw and Navdeep Saini sitting at a restaurant in Melbourne. While posting the video the fan said that he paid the bill for the players and that “Pant hugged him”. However, on Saturday, he reiterated saying there was no hug and players kept their distance.

“Clarification – Pant never hugged me it was all said in excitement we maintained social distance all thru:) Apologies for miscommunication,” he tweeted.

Clarification – Pant never hugged me it was all said in excitement we maintained social distance all thru:) Apologies for miscommunication @BCCI @CricketAus @dailytelegraph

According to Cricket Australia, players and staff are permitted to leave the hotel but must dine outdoors during the Melbourne leg of the tour.

Notably, England’s Jofra Archer was banned for a Test following his biosecurity breach against the West Indies in July 2020, when he stopped at his house while the squad travelled between hotels.

The four-match Test series between Australia and India is being played amid a backdrop of biosecurity rules, which is reportedly going to get stricter when the teams head to Sydney on Monday. This comes amid the rising COVID-19 infections in Sydney that had also raised speculations on the city being able to host the third Test match which is scheduled to begin on January 7 at the Sydney Cricket Ground. 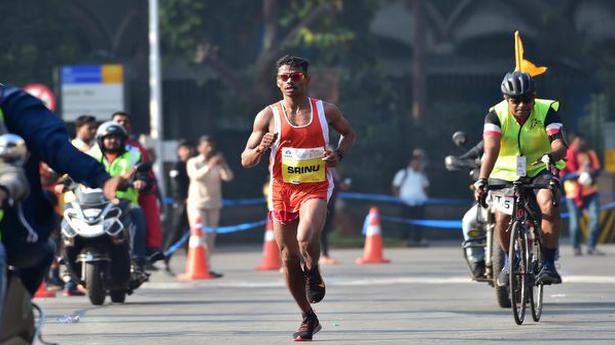