The next occasion when these two gas giant planets will come comparably close will be on 15 March, 2080

On the night of December 21, sky watchers will witness a rare celestial event – the conjunction of Jupiter and Saturn. The planets will appear extremely close to each other, making them look like one bright dot in the sky. The event will be visible from all over the world and can be seen without any special instruments. If you have binoculars or even a small telescope, you are in for a better treat and may be able to spot Jupiter’s moons.

“These two giant planets have not appeared so close since 16 July, 1623. Before that, the closest observable Jupiter-Saturn conjunction was in the medieval times, in 1226. The next occasion when these two gas giant planets will come comparably close will be on 15 March, 2080. Though the two planets will be juxtaposed one on top of another, on 21st December night, their actual distance from each other will be around 735 million kms,” explains Dr. Debiprosad Duari, Director, Research & Academic at the M. P. Birla Institute of Fundamental Research in an email to The Hindu.

“You can imagine the solar system to be a racetrack, with each of the planets as a runner in their own lane and the Earth toward the center of the stadium,” said Henry Throop, astronomer in the Planetary Science Division at NASA Headquarters in Washington in a release. “From our vantage point, we’ll be able to see Jupiter on the inside lane, approaching Saturn all month and finally overtaking it on December 21.”

In addition to this spectacular conjunction of Jupiter and Saturn, it will be the longest night of the year. December 21 is the winter solstice day in the northern hemisphere.

This conjunction will not affect the planet Earth or human lives. It is absolutely safe to eat, drink, and carry out your daily activities. 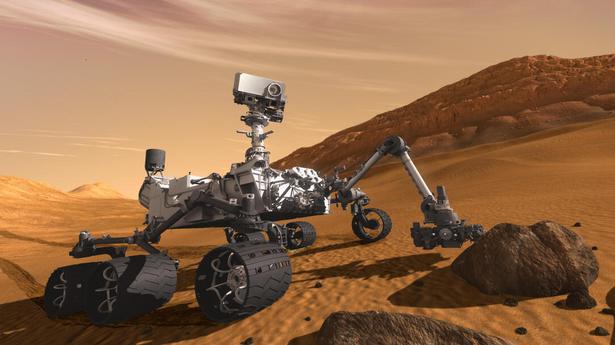