An exciting paper has appeared in Nature, authored by Lu et al titled “Reprogramming to recover youthful epigenetic information and restore vision,” (Nature 588, pages 124-129). Lu and co-authors point that a proposed cause of ageing is the accumulation of “epigenetic noise” that disrupts gene expression patterns lending to changes in inherent DNA function. If one can put them back by restoring them using specific genes (gene therapy) sight can be restored.

The human (and mammalian) eye is a remarkable organ in the course of evolution which has allowed us to “see” the external world clearly and in colour. Earlier forms, such as microbes and plants, reacted to light in other ways (for absorption and use, such as photosynthesis). The front part of the human eye (cornea, lens and the vitreous humour gel) is transparent, colourless and helps focus the incoming light into the retina, helping us see colour. It is the retina that sends the message to the brain. Its main component, called the retinal ganglion cells (RGC) are the ones that help in this process of sending the message in the form of electrical signals, called neurons or nerve cells. Thus, RGCs are the ones that convert optics into electronics.

The functioning of cells and tissues in our body are controlled by thousands of proteins that regulate various cellular functions. These proteins are in turn encoded by the respective genes which are a part of our genome or the cellular DNA. Any minor or major changes to our inherited DNA (addition or mutation) can result in altered protein production, which in turn leads to defective cellular functions. This forms the basis for many heritable genetic disorders affecting the mankind.

Apart from DNA or protein sequence level alterations, there are other biochemical changes that influence and dictate if a gene should be active or inactive in a given cell type. For example, the gene that encodes for the insulin protein is present in exact form, in every cell of the body. However, it is allowed to express only in the insulin secreting beta cells of the pancreas and is kept inactive in the rest of the cells of the body. This phenomenon is tightly regulated by a combination of regulatory proteins that changes the expressivity of the gene. Also, the histone proteins that bind the DNA and help to compactly wrap it inside the chromosomes can undergo chemical modifications such as methylations and acetylations on different lysine amino acids within the protein. These modifications both on the DNA and its associated proteins alter the chromosomal conformations and regulate gene expression. These changes can either unwind the DNA and allow gene expression or can compact the DNA and render the genes in the region inactive or silent.

Such biochemical changes that dictate the expressivity of a gene in a particular cell are collectively termed “epigenetics.” Unlike DNA mutations that are permanent, such epigenetic changes are reversible and are mediated by regulatory proteins such as DNA methyl transferases (DNMTs), histone acetyl transferases (HATs), histone deacetylases (HDACs) and so on. These regulatory proteins can add or remove such modifications and can result in turning ON/OFF a specific gene in a tissue or organ specific manner. In the case of pancreatic beta cells, the insulin gene is maintained in an open or active conformation, thus allowing protein expression, while it remains silent in other cells. This normal epigenetic control on our genes can get altered during normal ageing, stress and disease conditions.

This is well known in many cancers, where certain set of genes called tumour suppressors that regulate cell division get silenced either due to mutations or due to epigenetic alterations and result in uncontrolled proliferation of cells and tumour development. Similarly many messages or youthful genes are also turned off by epigenetic changes during our normal ageing process. RGCs help us the ability to see clearly and in colour. Ageing leads to a slow and progressive decline in this ability of RGCs to maintain and regulate the stability and constancy to function properly. In addition, external factors such as family or hereditary history, diabetes (both type 1 and 2) and others modify this homeostasis by inducing “epigenetic” alterations as explained above.

I requested my colleagues at the Institute Indumathi Mariappan (a translational researcher in cell biology) and G. Chandrasekhar (a clinical expert with special interest in glaucoma, as well as analytical thinking) for their reaction. Dr. Mariappan points out that it is risky to consider such an approach in humans with so many unknowns and stochastic effects within each cell, it can lead to totally unpredictable events that cannot be reversed and the DNA changes are permanent. However, she says that such experiments can be tried in mice, rat and zebrafish as animal models, to study glaucoma. Dr. Chandrasekhar says that ultimately the test will be whether other labs can reproduce this reprogramming work in other organs affected by ageing (for example, heart, lungs and kidneys). 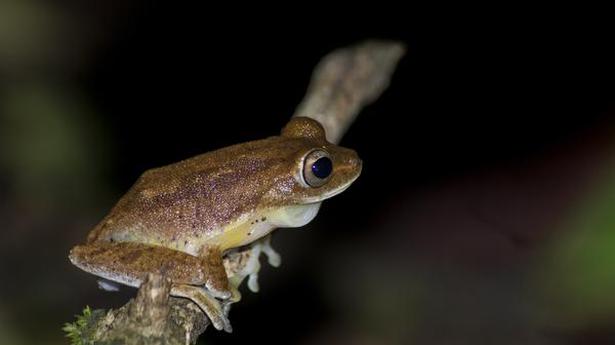