Mobile fitness apps have seen a boost in download numbers. Mumbai-headquartered StepSetGo — which offers gamified version of walking, complete with levels and in-house currency — boasts 7,000 downloads a day, on an average. “Since people are stuck at home, they need a lot more motivation,” says CEO Shivjeet Ghatge. Their ‘Counting on You’ campaign rewards users for being responsible by staying indoors, and simultaneously rewarding them additionally for all the home-bound walking. “We saw games were being downloaded as much as fitness apps, which is why we incorporated an element of hyper casual gaming to push our users to walk more.”

Preventive healthcare platform GoQii has seen a 300% increase in user engagement ever since the lockdown was announced. “Along with the other verticals of exercise, nutrition and medical content, the tracking component has also seen a lot of traction,” says Vishal Gondal, founder, explaining how the app helps track the user’s food intake and sleep patterns among other health parameters. The platform offers both, group and individual sessions along with live group consultation with doctors, and has seen an increase in users asking for solutions to sleep-related problems.

As for StepSetGo, their Counting on You campaign rewards users for being responsible enough to stay indoors, and simultaneously rewarding them additionally for all the home-bound walking. “We saw games were being downloaded as much as fitness apps, which is why we incorporated an element of hyper casual gaming to push our users to walk more,” says Ghatge of post-Covid additions to the app.

At Simply Soulful by Shilpa Shetty — with two million download and 500k registered users by March 2020 — January is usually ‘prime capitalisation’ because of new year resolutions. “But our performance in March was as good,” says co-founder Manish Kumar.

Now the apps are upping their offers. Preventive healthcare platform GoQii, along with the Indian government initiative Fit India, launched campaigns to engage and reward users for completing fitness-related challenges. SS by Shilpa Shetty formulated a 21-day weight loss programme, in collaboration with the Union Sports Ministry. “People are paying for the services now. The ongoing health crisis has shone the spotlight on matters related to immunity and obesity as well, with regards to Covid-19 mortality, which is why people are rushing to knock off the extra kilos,” says Tushar Vashisht, co-founder of nutrition-centric HealthifyMe, which saw a 30% improvement in investment, daily downloads and revenues during lockdown.

Along with a rich mix of exercises — pilates, functional training and yoga to name a few — almost all these apps come with dietary assistance. Mumbai-based fitness trainer Urmi Kothari’s app, Kinetic Living, has tried and tested recipes along with suggestions for yoga mats, alternatives to protein supplements, etc. “The app was particularly for people who couldn’t afford standard training at the studio or a personalised trainer,” specifies Kothari. Launched in April this year, the app offers a prehabilitation component: exercises to avoid injuries, along with spine and back-centric programmes. 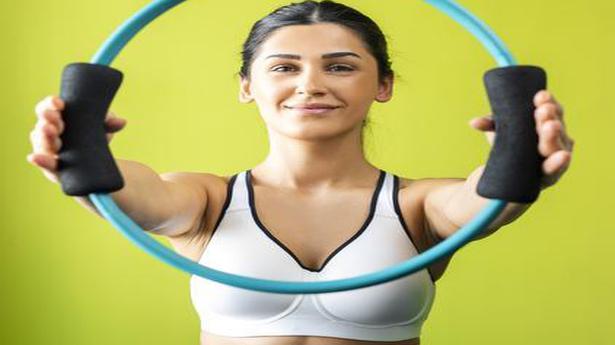