“Decisive action from India now, in partnership with the rest of the world will determine what this transformation will mean for all generations to come,” John Kerry said

Observing that India is a major player on a global stage, U.S. Special Presidential Envoy for Climate John Kerry on April 7 said that decisive action from the country now will determine what this transformation will mean for all generations to come.

Also read: India has the advantage of U.S. as a partner in fighting climate change: Kerry

He also said that advancing gender equality and the promotion of women’s leadership is not only critical for economic growth and sustainable development, but also essential in tacking climate crisis.

“India is a major player on a global stage,” Mr. Kerry said in his remarks about the India-U.S. relations and collaboration in climate change and sustainability at the South Asia Women in Energy (SAWIE) — a joint initiative of the U.S.-India Strategic Partnership Forum (USISPF) and the United States Agency for International Development (USAID) hosted their first Leadership Summit in a virtual format .

“Decisive action from India now, in partnership with the rest of the world will determine what this transformation will mean for all generations to come,” he said.

The U.S. India Strategic Partnership Forum (USISPF), in partnership with USAID, launched SAWIE in September 2019, a platform built for leaders in the energy, manufacturing and the industrial sectors, to come together and deliberate the importance of gender diversity in decision- making and leadership roles and inspire change.

The leadership summit brought together senior government officials, business leaders, and experts from India, the U.S., and South Asia to discuss advancing environmental sustainability efforts and the role of gender equity in fighting the climate crisis.

“We need an urgent action plan against the threat of climate change in the same way we have one to fight the pandemic,” USISPF president and CEO, Mukesh Aghi, said.

He said we need gender equity to be the front and center of business priorities.

“We have also seen that the current health and economic crisis and the climate crisis has had a disproportionate impact on women. We need gender equity to be the front and centre of business priorities, build a work culture where women can thrive and grow to their true potential,” Mr. Aghi said.

Raj Shah, president of the Rockefeller Foundation, said, “Energy unlocks potential — especially for young girls and women and enables them to participate in all walks of life. By scaling up renewable energy, India can unleash its power and compete in the global economy.”

Vaishali Nigam Sinha, Chief Sustainability, CSR and Communication Officer of ReNew Power, said, “The SAWIE Leadership Summit provides the perfect platform to discuss ideas and insights that will help boost the representation of women in the energy sector. We know that gender parity and sustainability have close interlinkages and it is imperative that women are integral to the ongoing energy transition and play an enhanced role in the sector.” She said that the takeaways from this summit will strengthen SAWIE’s efforts to create a more gender responsive energy sector. 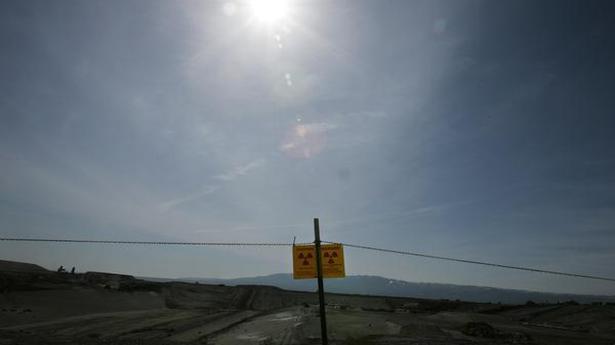