Home
Sports
India vs Australia: It’s advantage India, they have momentum for the Sydney Test, says Chris Gayle | Cricket News – Times of India
Tags:ajinkya rahane, Chris Gayle, IND vs AUS, India vs Australia, ravindra jadeja, Steve Smith, virat kohli
An India tour of Australia never lacks excitement. On or off the field.
The honours were even after the limited overs leg of India’s current tour, with Australia winning the ODI series and India bouncing back hard to clinch the three match T20 series. Both score lines read 2-1 in favour of the victor. Nothing really to separate the two teams there.
The Test series which is on currently though is really the holy Grail that both teams desperately want to win. After all it’s a Test series scoreline that is remembered the most on a foreign tour. Most Indian cricket fans will recall readily that India won the Test series in Australia on their 2018-19 tour 2-1, their first ever on Aussie soil. Not too many perhaps would be able to recall what happened in the limited overs legs.

This time around as well, there has been no shortage of drama in the two completed Tests so far. The fortunes of both teams swung violently in the opening Test in Adelaide, which was also incidentally the first Day and Night Test India played abroad. The visitors did hold their own rather well before a short period of madness saw Virat Kohli and his men being shot out for their lowest ever Test innings total (36) and collapsing to a 8 wicket win that really hurt.

AFP Photo
Not too many people gave India a chance in the second Test in Melbourne. Shane Warne went on record to say India will in all probability be ‘blown away’ by Australia in the Boxing Day Test. What actually happened though took everyone’s breath away. Team India showed up as a gritty, resolute and unflappable unit, despite the fact that they were missing key players like Virat Kohli and Mohammed Shami. They caught the game by the scruff of the neck and refused to let go. The result was a fantastic 8 wicket win that didn’t just level the series at 1-1 but also showed that this current team is capable of hitting back hard when they have their backs to the wall.
So, who is the favourite going into the third and very crucial Test in Sydney? And can Team India go on and win the series after being written off by many based only on one batting debacle?

Sydney Cricket Ground (AFP Photo)
The SCG has traditionally been a spin friendly venue. For India R Ashwin and Ravindra Jadeja took a combined 8 wickets in the Boxing Day Test in Melbourne. Advantage India then?
West Indian legend Chris Gayle, who has been busy of late with the Ultimate Kricket Challenge (UKC) in Dubai feels the visitors do have the upper hand.

Getty Images
“Well, they have built momentum now to play at Sydney Cricket Ground as well, it should be a batting paradise. And I think that their (India’s) spin came into play. Hence, it shows the advantage is actually with India.” Gayle told TimesofIndia.com.
The average first innings score at the SCG is 317. The highest total recorded at this venue is 705/7 declared (first innings), which was incidentally scored by India on their 2003-04 tour, when Sachin Tendulkar scored 241* and VVS Laxman made 178.

Despite the historic low in Adelaide, the Indian batting is superior to the current Australian batting forces, especially with their best batsman Steve Smith going through a very poor and rather ill timed run of form. Again, advantage India then?
Another aspect of their game that will have a very positive impact on Team India is the way they have managed to overcome the void created by missing key players, thanks to replacement players really stepping up to the plate. And that in itself has sent out the message that the team might be depleted, but it is not weak. From a psychological point of view that is a huge advantage to have, especially for a visiting team in foreign conditions.
“That’s a big plus for Team India, you know, big players missing, someone gets the chance to cash in and make the best use of it. And they (India) got a victory as well. So it’s fantastic from a team point of view. India always has a very strong bench, so the guys who will come in will always be ready, you know, to actually fill those gaps. No one can fill Kohli’s boots, you know, but that’s how it is now.” Gayle, who has over 19,000 international runs, with 42 centuries further told TimesofIndia.com.
Perhaps the biggest positive for India after the massacre in Adelaide and Virat Kohli’s departure on paternity leave has been the way Ajinkya Rahane has captained the side. Not too much was written or spoken about what Rahane will bring to the table and what he will be like as skipper before the second Test in Melbourne. Post the win though it has been the biggest talking point. The calmness he exudes, the way he led from the front with a spectacular, match defining century as a batsman and how the players are all responding to his captaincy.

AFP Photo
Going into the third Test, Rahane himself will know the job is far from done. There will be changes to the playing XI, the conditions will be different, the Ausies will be itching to hit back. As a touring captain his task will once again be cut out. He needs to continue being his unflappable self.
“Based on his Captaincy record, he hasn’t lost any Test yet, so it’s good, he is a solid batsman, solid player and also a calm thinker. So, you know, he’s a good guy to lead the team as well also, he led from the front. So that’s good.” Gayle further told TimesofIndia.com.
For the record, Rahane has won all three Tests he has captained so far.
Gayle, who is also extremely popular in India, thanks largely to his exploits in the Indian Premier League (IPL), in which he still holds the records for most centuries and most sixes completed the 2020 edition of the UKC in Dubai and really enjoyed himself.
The inaugural season saw six all-rounders including Gayle, Yuvraj Singh, Kevin Pietersen, Rashid Khan, Eoin Morgan and Andre Russell compete in the unique one on one format. Rashid Khan emerged as the champion, with Russell finishing as the runner-up.

Image credit: Yuvraj Singh’s Instagram account.
“I am very excited for the UKC format, just like other players and I’m sure that cricket fans all over the world are excited too. And, legacy of the UKC is here to stay. I firmly believe that it’s a revolution in the Cricket world.” Gayle said.
The advent of the UKC is another indicator perhaps of just how much fans, especially the younger ones, across the world are gravitating towards shorter and shorter formats of the game. It’s no secret really.
“Absolutely, and I think the television rights actually benefit as well, considering such formats are very short. And talking about UKC format it takes maybe an hour or 45 minutes to complete. Therefore, it perfectly falls into the category of short formats and surely an interesting one. And you know, it’s quick and spicy for the family and kids to watch it together. Hence, it’s very thrilling and exciting.” Gayle further said.
There’s a reason why the number of T20 matches played in most international bilateral series these days seems to be going up and why T20 and T10 franchise based leagues are so popular. 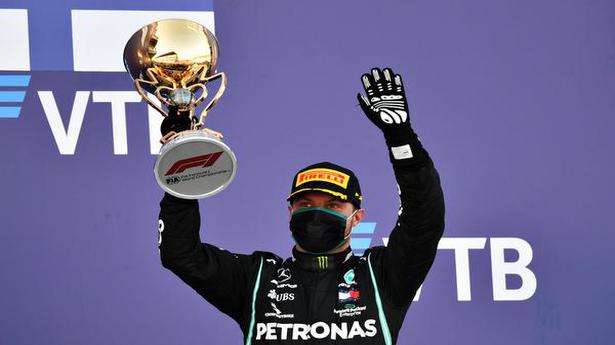