Social influence and peer support affect exercise behaviour. This and more from ‘The Hype Machine,’ a book on how social media shapes our lives

On August 6, 2016, Greg Van Avermaet rode for his life in Rio de Janeiro. Beginning in Copacabana, he raced his bicycle 150 miles through the Ipanema, Barra, and Reserva Maripendi beaches, before returning to Copacabana to capture the men’s individual gold medal in the cycling road race at the 2016 Summer Olympics in Brazil. It was a gruelling race, which saw multiple crashes that day. He averaged 23.3 miles per hour over the six-hour-and-nine-minute race, during which he hit a maximum speed of 67.1 miles per hour. He did all this in 89-degree (Fahrenheit) weather, which peaked at over 100 degrees. He hit a maximum cadence — the speed with which a rider turns the pedals— of 173 rpm, averaged 85 rpm, and ended the race with a winning sprint at 110 rpm.

Then he did something he could never have done before 2009. He posted all these statistics to a social exercise app called Strava, sharing the details of his golden ride with the world. He got back a resounding 15,000 “kudos”, Strava’s version of digital congratulations, from friends, fans and admirers.

In 2018 Strava athletes gave 3.6 billion kudos for the 6.67 billion miles of athletic activities their peers recorded across 32 sports in 195 countries. On average, 25 activities were uploaded to Strava every minute. The average run was 5.1 miles long and lasted about fifty minutes. The average bike rider completed a 21.9-mile ride in one hour and thirty-seven minutes. Sundays were the most popular days to exercise, and Tuesdays were the fastest day of the week for both runners and cyclists worldwide.

One Strava statistic from 2018 stands out for me. When Strava plotted the data for 2018, it found that people exercise longer when exercising with friends. Group rides are 52% longer than solo rides, on average, and group runs are 20% longer than solo runs.

It seems exercise is motivated by socialisation. But the Hype Machine institutionalises this motivation by instantaneously sharing our exercise activities with our friends, at no cost, just as Greg Van Avermaet shared his Olympic ride with the world. If social support and competition motivate us to exercise, then the digital socialisation of fitness has the potential to increase the amount, duration and intensity of the world’s exercise activities. By institutionalising the sharing of exercise activities, the Hype Machine is digitally enabling social influence and peer effects in exercise behaviours. These correlations raise an important question: does the digital social influence of the Hype Machine cause us to exercise more? Or put more directly: is exercise digitally contagious? And if so, what other kinds of behaviours might be digitally contagious?

Unfortunately, comparing group to solo exercise sheds little light on whether exercise is contagious because we don’t know what drives those differences. For the same reason we can’t measure the effects of Russian interference on elections or the returns from digital marketing by looking at correlations, we can’t measure digital social influence in exercise or any other behaviours without distinguishing correlation and causal lift. We know, for example, that marathon runners tend to be friends with marathon runners and that couch potatoes tend to be friends with couch potatoes. So simple correlations in running behaviour among friends don’t prove that friends influence each other to exercise. People who choose to run or bike in groups may simply be more committed to running or biking and may, therefore, run and bike longer.

To understand whether digital peer effects motivate exercise and whether exercise is contagious, we need some way of distinguishing between correlation and causation. But while randomised experiments are the gold standard of causal inference and useful in a marketing context, we can’t go around randomly cattle-prodding some people to get off their couches to run. So to measure peer effects in running, we had to find another source of as-good-as-random variation in people’s running habits, something that motivates some people to run but has no effect on whether their friends run. To solve this riddle, my former postdoc Christos Nicolaides and I had to become meteorologists.

We collaborated with a large, global fitness tracking company to collect data on the network ties and daily exercise patterns of 1.1 million runners who ran over 350 million kilometres over five years. Participants recorded the distance, duration, speed, and calories burned on their runs and shared those details with their friends on an app. For a global network of runners, we knew who ran, when, where, and how fast they ran, and who their friends were. We also collected data from 47,000 weather stations in 196 countries and knew the precise temperature and rainfall in the exact location of each of our 1.1 million runners for every day of the five years they ran. Why?

Well, the trick to the study was that weather influences running. As you might expect, the less it rained and the milder the temperature, the more people ran. When runners woke up to beautiful weather, they laced up their sneakers and hit the road. When they woke up to rain, they stayed home. The key, however, was that their friends were all over the world, experiencing different weather than they were. So while it was raining in New York City, it was sunny in Phoenix, Arizona, where someone’s friend lived. We exploited these differences in weather to measure whether one friend’s running caused another friend to run more. It’s sunny every day in Phoenix, more or less. So if a beautiful day in New York caused a friend in Phoenix to run more, it could only be because of social influence between friends. We had found a ‘natural experiment’ that we used to measure the extent to which exercise is contagious. And what we found surprised us.

But exercise is just the starting point to understanding how social media hypersocialises our behaviour. 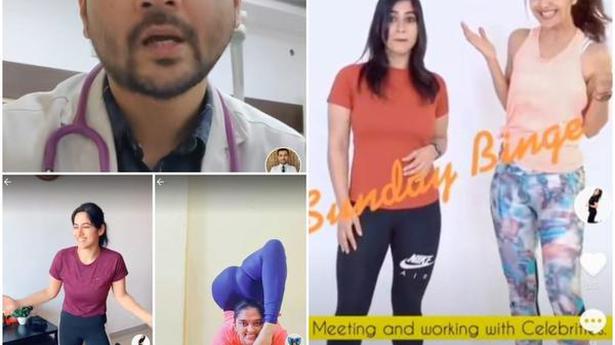