Bengaluru FC’s (BFC) stuttering ISL campaign slipped into a full blown crisis as it crashed to a 3-1 defeat against Mumbai City FC at the Fatorda Stadium on Tuesday.

A goal each from Mourtada Fall and Bipin Singh within the opening quarter, and a goal-keeping blunder late in the match by Gurpreet Sandhu that resulted in a goal by Bartholomew Ogbeche, handed BFC its third successive loss, a dubious first in the ISL for the 2018-19 champion.

Sergio Lobera’s men are now two points clear off ATK Mohun Bagan at the top, setting the stage perfectly for the much-anticipated clash between the two in six days’ time. But for two phases of play, one early in the match and the other towards the end of the first half, Carles Cuadrat’s wards were second-best all evening. As early as the third minute, BFC’s Deshorn Brown blazed over with just the goalkeeper to beat. But once the initial nerves settled, Mumbai was at its enterprising best.

In the ninth minute, a corner by Bipin was headed across the goal by Hernan Santana for Mourtada to nod home after rising above Juanan. Minutes later, Bipin split the defensive duo of Juanan and Rahul Bheke right down the middle and slotted home a peach of a ball by Mandar Rao Dessai from the left.

BFC improved and ended the opening period brightly, with Cleiton Silva forcing Mumbai custodian Amrinder Singh to parry away a free kick and Sunil Chhetri coming close through a header, albeit a weak one.

Silva was workmanlike in the second half, so was Chhetri. The former even won a penalty — a harsh one on Mumbai for Mourtada had clearly won the ball — which was converted by Chhetri.

But what BFC needed was a moment of magic, a flash of inspiration, both of which were beyond it. 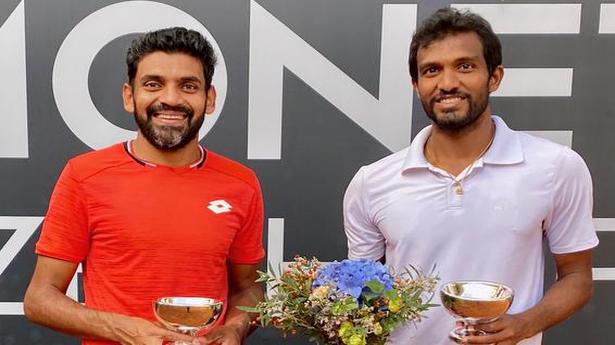