Centre has given additional financial assistance of ₹1,004 crore to Madhya Pradesh and Andhra Pradesh for capital expenditure after they completed three out of the four citizen-centric reforms.

The two States have completed the One Nation, One Ration Card Reforms, Ease of Doing Business Reforms, and Urban Local Bodies Reforms, Ministry of Finance said in a statement on January 6.

Consequent upon completion of reforms in the three sectors, the Department of Expenditure, Ministry of Finance has decided to provide additional financial assistance amounting to ₹1,004 crore to these States under the newly launched Scheme of Special Assistance to States for Capital Expenditure, it said.

The government had announced that the centre will offer ₹12,000 crore special interest-free 50-year loan to States, exclusively for capital expenditure as part of AatmaNirbhar Bharat Package 2.0 announced in October last year.

The additional financial assistance for the capital expenditure is in addition to the permission of ₹14,694 crore issued to these States for extra borrowings for completing the reforms.

Andhra Pradesh will get an additional amount of ₹344 crore while Madhya Pradesh has become entitled to receive ₹660 crore for capital projects, it said, adding they have become the first group of States to complete three out of the four citizen centric reforms.

The scheme of ‘Special Assistance to States for Capital Expenditure’ is aimed at boosting capital expenditure by the State governments who are facing difficult financial environment this year due to the shortfall in tax revenue arising from the COVID 19 pandemic.

Capital expenditure has a higher multiplier effect, enhancing the future productive capacity of the economy, and results in a higher rate of economy growth, it said.

Therefore, it said, despite the adverse financial position of the Central government, it was decided to extend a special assistance to the State governments in respect of capital expenditure, in financial year 2020-21.

“The scheme has got very warm response from the State governments. So far capital expenditure proposals of ₹9,880 crore of 27 States have been approved by the Ministry of Finance. An amount of ₹4,940 crore has already been released to the States as the first instalment under the scheme,” it said.

In view of higher population and geographical area, Assam has been provided enhanced allocation of ₹450 crore under the scheme.

The other part of the scheme is for all other States not included in Part-I, it said, adding that an amount of ₹7,500 crore is earmarked for this part.

This amount has been allocated amongst these States in proportion to their share of Central tax as per the interim award of the 15th Finance Commission for the year 2020-21, it added.

“Part-III of the scheme is aimed at pushing various citizen-centric reforms in the States. Under this part, an amount of ₹2,000 crore is earmarked. This amount will be available only to those States that carry out by December 31, 2020, at least 3 out of the 4 reforms specified by the Ministry of Finance in its letter dated May 17, 2020, regarding reform linked additional borrowing permissions,” it said. 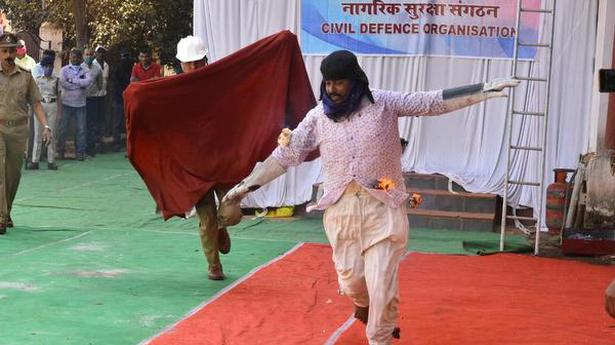