If GHMC’s efforts succeed, street vendors in the city may soon climb a notch up in digital transactions, and tie up with the food delivery apps such as Zomato, Swiggy, and Uber Eats, towards improving their market.

In line with the guidelines issued under PM Street Vendor Atmnirbhar Nidhi (PM SVANidhi) scheme, GHMC is launching a campaign to profile all the street vendors in the city in socio-economic terms, facilitate loans, educate them in digital transactions and encourage them to tie up with food delivery apps.

Accordingly, a special drive titled ‘Main Bhi Digital’ will be conducted for the street vendors — already registered with the GHMC by December 31, 2020 — between January 4 and 22.

As per the guidelines issued by the Ministry of Housing and Urban Affairs (MoHUA), the urban local bodies identified for the PM SVANidhi scheme will have to prepare a calendar for digital training of street vendors. Each bank should participate in at least three full day camps for training of their borrowers in each ULB during the fortnight. The ULBs should deploy a nodal officer to coordinate with the lead district manager (LDM). Through coordination with bankers, efforts will be made for 100 % saturation in extending loans.

District-level monitoring committees headed by either district collector or municipal commissioner will be in charge of the digital training and information sharing.

The socio-economic profiling will be done in comprehensive mode in coordination with all line departments, including ICDS, Medical and Health, and banks.

Further, the street food vendors will be sensitised to come on board e-Commerce platforms such as Zomato, Swiggy, and Uber Eats to widen their markets.

Pilots conducted in cities like Ahmedabad, Chennai, Delhi, Varanasi, and Indore have given good results, and the same will be replicated in GHMC, a circular from GHMC Commissioner D. S. Lokesh Kumar has informed.

Mr. Lokesh Kumar has issued necessary instructions to the zonal commissioners, asking them to ensure the pending issues with banks are resolved, and all loan applications are uploaded by January 15. They are to arrange to conduct trainings on digital transactions as per the guidelines, and motivate the eligible street food vendors to come on board with the e-Commerce platforms to widen their businesses.

Apart from GHMC, municipal corporations of Greater Warangal, Nizamabad, Karimnagar, Khammam, and Ramagundam, and municipalities of Adilabad, Mahabubnagar and Suryapet, are part of the 125 ULBs identified for the scheme. 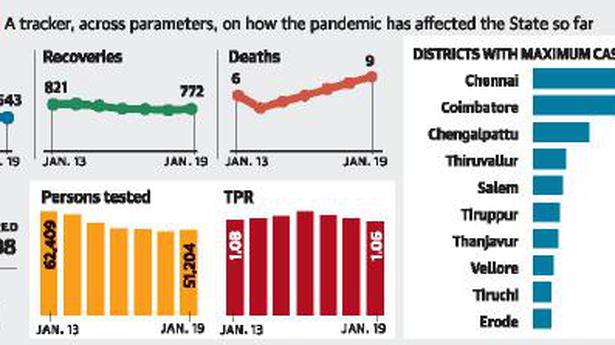