On Jan. 16, Mahipal Singh received the vaccine and on Jan. 17, he complained of chest pain and breathlessness during the day and by the time he was taken to the hospital for treatment he was declared dead, according to CMO.

A 46-year-old ward boy employed in a district hospital in Moradabad died a day after receiving the vaccine for COVID-19 but officials said the death was not linked to the vaccine.

He died of cardiopulmonary disease, officials said on January 18.

Mahipal Singh, a ward boy in the district hospital Moradabad, received the vaccine shot at noon on January 16, said an official. On January 17, he complained of chest pain and breathlessness during the day and by the time he was taken to the hospital for treatment he was declared dead, said Chief Medical Officer Moradabad M.C. Garg. Mahipal died around 6 p.m. on January 17, said the official.

Mahipal Singh’s son Vishal told reporters that he believed his father died due to the side effects of the vaccine. After receiving the vaccine, Vishal says he took Mahipal home around 1.30 p.m. on January 16. Mr. Vishal said his father was breathless and felt unwell after returning home. “He already had a bit of pneumonia, cough and cold but after returning home [following the shot] he started feeling worse. We got him some warm water and tea and made him lie on the bed,” Mr. Vishal said.

The CMO said late on January 16 that the death “doesn’t appear to be a reaction” of the vaccine. Mahipal had also done night duty and did not face any problem, he said.

On January 17, the State government released a report based on the autopsy and said that Mahipal died of cardiogenic and septicaemic shock due to a cardiopulmonary disease.

A panel of three doctors found that Mahipal’s heart weighed 500 gm as against the normal range of 200 gm as the chambers and aorta of the organ were found with blood clots. They also found pus pockets in the lungs.

The lungs, heart and blood were secured for further examination, said the CMO in his report. 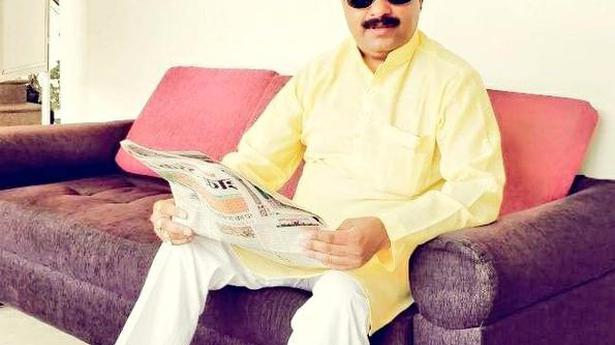