WASHINGTON: Former US President Barack Obama has warned of threats to the fundamental principles of America’s democracy, a day after the emergence of the leaked audio in which President Donald Trump was heard telling Georgia‘s top election official to find over 11,000 votes to reverse President-elect Joe Biden‘s win in the November 3 poll.
Obama’s remarks came on the eve of the crucial Senate election in Georgia wherein both the seats are up for grab.
“Tomorrow is Election Day in Georgia and the stakes could not be higher. We’re seeing how far some will go to retain power and threaten the fundamental principles of our democracy. But our democracy isn’t about any individual, even a president—it’s about you,” Obama said in a series of tweets on Monday, without naming anyone.
President Trump is yet to concede the US election even though the electoral college has confirmed Biden as the winner.
Obama’s comments come as Trump faces criticism for telling fellow Republican Brad Raffensperger, the Georgia secretary of state, to “find” enough votes to overturn his defeat.
Audio of the call, which lasts about an hour, was published by The Washington Post on Sunday.
Voting in Tuesday’s Senate runoff will determine which party has control of the Senate once Biden takes office.
In the 100-member Senate, the Republican Party has 50 seats and the Democrats have 48 seats.
If the Democrats win both the Senate seats, then Kamala Harris in her capacity as the Vice President and Chairman of the Senate can vote in favour of the Democrats in case of a tie.
Republicans winning even a single seat would give them a majority in the Senate, which would make it tough for the Biden administration to get senatorial approvals on key nominations and top foreign policy and national security decisions.
“If you’re a Georgia voter, you can respond tomorrow with the most powerful tool we have as Americans—your vote. Make a plan to vote in person or drop off your mail-in-ballot at a ballot drop box. Check-in with your family and friends to do the same,” Obama said.
Meanwhile, more than 90 Congressmen on Monday introduced a resolution censuring Trump for abusing the power of his office by threatening Raffensperger with vague criminal prosecution, if he failed to overturn the finalised and verified results of Georgia’s November 2020 presidential election.
Georgia has conducted two recounts and has verified 99.9 per cent of signatures on mail-in ballots. 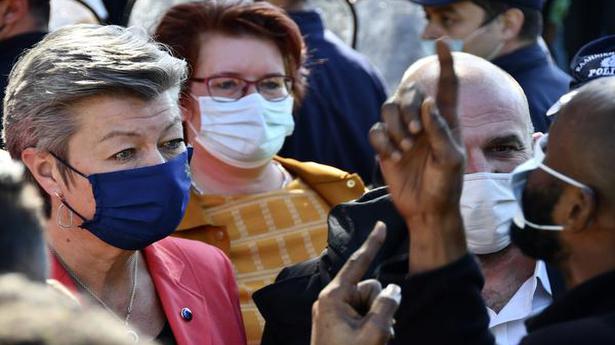