During boreal winter most trees shed their leaves. However, conifers such as Christmas trees keep their green needles intact. Scientists believe that a phenomenon called sustained quenching offers photoprotection and enables their survival, but its precise molecular and physiological mechanisms are not understood. Researchers have now found that the photosynthetic apparatus is wired in a special way which allows pine needles to stay green all year long.

In winter, green chlorophyll molecules harness light energy, but that energy cannot be used in the photosynthetic machinery as very low temperature halts most biochemical reactions. However, in early spring, even as temperatures are low, there is plenty of sunlight. The excess light energy can damage the photosynthetic machinery’s proteins. Under normal conditions, the two photosystems, the two functional units where light energy is absorbed and converted into chemical energy, are kept apart from each other to prevent a short-cut and allow efficient photosynthesis. According to a study published in Nature Communications, a team of researchers led by scientists from Vrije Universiteit Amsterdam, Amsterdam, The Netherlands and Umeå University, Umeå, Sweden found that in winter, the two photosystems — photosystem I and photosystem II — are brought in physical contact with each other through reorganisation of the structure of the thylakoid membrane, where the two photosystems are located. The researchers showed that photosystem II donates energy directly to photosystem I and this short-cut mode protects the green chlorophyll and the needles when conditions become harsh according to a Umeå University press release.

The study was done with pine trees, but the researchers believe that the mechanism is probably similar for other conifer species — like the typical Christmas tree spruces and firs — because their photosynthetic apparatus is similar. 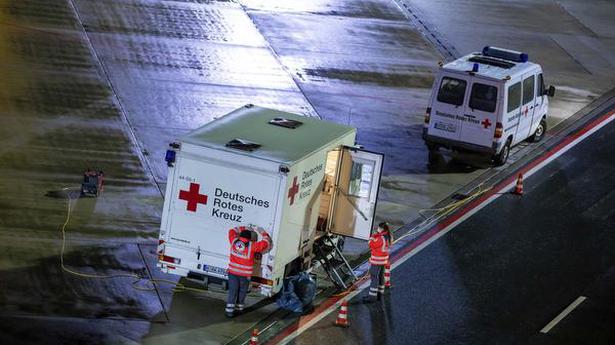