New Delhi: Congress leader Shashi Tharoor has suggested the government to cancel the Republic Day Parade after United Kingdom Prime Minister Boris Johnson cancelled his India visit due to the coronavirus situation in the country, saying getting crowds to cheer the parade, as usual, would be “irresponsible”.

Johnson, who was scheduled to attend the Republic Day celebrations in New Delhi as chief guest, has cancelled his visit to India later this month due to the growing health crisis created by the new coronavirus variant in the UK.

“Now that @BorisJohnson’s visit to India this month has been cancelled due to the COVID Second Wave, & we don’t have a Chief Guest on Republic Day, why not go one step farther & cancel the festivities altogether?” Tharoor asked Twitter on Tuesday night.

Now that @BorisJohnson’s visit to India this month has been cancelled due to the #COVIDSecondWave, & we don’t have a Chief Guest on #RepublicDay, why not go one step farther & cancel the festivities altogether? Getting crowds to cheer the parade as usual would be irresponsible.

“Getting crowds to cheer the parade, as usual, would be irresponsible,” he said. However, reacting to his tweet, Union Minister for Parliamentary Affairs Pralhad Joshi has slammed the Congress leader for suggesting that Republic day celebrations should be cancelled as UK Prime Minister Boris Johnson, who was the chief guest of the event, has called off his visit to India due to COVID-19.

He informed that all the necessary precautions will be taken keeping the pandemic situation in mind and that the Defence Ministry is working on logistics to have safe festivities on Republic Day.

Joshi called out the Opposition for its “hypocrisy”.Recalling the latest criticism from Congress and other opposition parties for not convening the Parliament`s winter session, the Minister said, “In private, they asked us to go for the budget session directly and later criticised us for not convening the winter session. This is the kind of opposition we have.” He further hailed the Supreme Court`s decision to clear the Central Vista project.”

“The mentality of the Congress is that it not do anything during its time to create history. They have not taken any dynamic decision and there was policy paralysis. We need a good Parliament building because of space constraint and we are giving a huge amount of rent for offices, we need a new building,” he said.

“Few people went to court and congress boycotted foundation laying ceremony. In opposing Prime Minister Modi-led government, they oppose good works done by Modi for the country. It is intellectual bankruptcy of Congress. The top court has upheld our vision and argument for it,” the Minister added.

Prime Minister Narendra Modi had a telephonic conversation with Johnson on Tuesday, during which the British leader reiterated his thanks for India’s invitation for him as the chief guest of the Republic Day celebrations, but regretted his inability to attend.

Johnson’s call with PM Modi came a day after he addressed the nation to announce a new stay-at-home lockdown in the UK as his medical chiefs warned that the National Health Service was under threat of being overwhelmed by the rising infection rates. 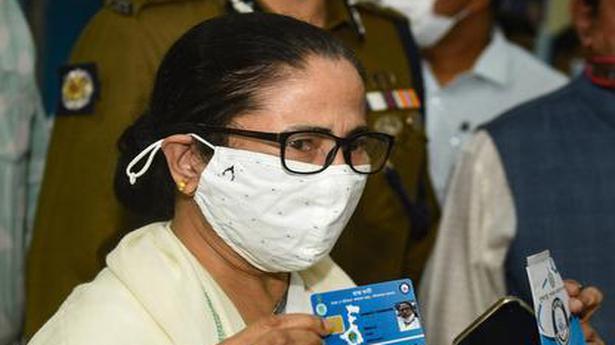