Home
World
Snap-decision Defense May Not Work For Minneapolis Officer

Convicting a police officer of killing someone is notoriously difficult, in part because juries hesitate to second-guess the defendant when the officer claims to have made a split-second decision in a life-or-death situation. But that’s probably not an argument Derek Chauvin can make.

The fired Minneapolis police officer who goes on trial Monday was captured on video pinning George Floyd to the pavement, his knee on the Black man’s neck, for about nine minutes last May. Onlookers repeatedly shouted at Chauvin to get off, asked him to check for a pulse and warned that Floyd no longer seemed to be breathing.

If Im a prosecutor, Im holding my stopwatch up for 8 minutes and 47 seconds and showing the jury how long that is,” said Geoffrey Alpert, a criminology professor at the University of South Carolina who co-wrote Evaluating Police Uses of Force.”

Still, Alpert and other experts said that despite the strength of the video that prompted a nationwide outpouring of fury over Floyds death, prosecutors could be hard-pressed to convict Chauvin of murder because of both the facts of the case and attitudes toward police.

Chauvin’s lawyers are expected to argue that Floyds swallowing of drugs during his arrest along with the 46-year-old man’s underlying health conditions, including high blood pressure and heart disease caused or at least contributed to his death.

As for Chauvin, the jury will have to overcome the suggestion that he was just trying to do his job well, said former federal prosecutor Taryn Merkl, now senior counsel at the Brennan Centers Justice Program at New York University. Most jurors dont want to believe officers go to work and think Im going to kill someone today.

Phil Stinson, a criminologist at Bowling Green State University who tracks cases against police, said that out of thousands of deadly police shootings in the U.S. since 2005, fewer than 140 officers have been charged with murder or manslaughter. Only seven of those were convicted of murder.

Historically juries have been more willing to give officers the benefit of the doubt that they acted reasonably during violent or fatal encounters. Stinson said juries seem to also opt for lesser charges or acquit officers who have lost their job, seemingly asking themselves if the officers have been punished enough already.

Officers criminal actions are not recognized as such by juries sometimes because everyone recognizes that policing in this country is often violent, he said.

In many cases, defense attorneys for police officers describe in great detail the chaos of the moment, the darkness of the street, the sound of what they thought was a weapon, a speeding car circumstances that might have left an officer with little time to think about how to react.

In reviewing his research this week, Stinson found at least 25 officers who were charged over injuries or deaths sustained during chokeholds or restraints since 2005, and very rarely with murder or manslaughter. But many more officers were not charged.

The officers involved in the death of Eric Garner, who died in 2014 and uttered the same phrase Floyd did I cant breathe were not indicted in New York City even though there was excruciating video of Garners final moments on a sidewalk. Because grand jury proceedings are largely secret, its not known why the officers were not prosecuted.

But the tide may be turning on charging officers who use chokeholds and knee restraints increasingly banned by police departments.

In 2020, six officers were charged in such cases, including at least four after the nationwide outrage over Floyds death. Most of those cases have yet to be resolved.

Chauvins attorney, Eric Nelson, has argued in court documents that Floyd probably died from fentanyl he consumed, or a combination of fentanyl, methamphetamine and underlying health conditions not as a result of Chauvins knee on his neck.

Nelson will be allowed to present some evidence from a 2019 arrest in which Floyd, as he did in 2020, swallowed pills as he was confronted by officers.

Some police officers have been found guilty in cases where prosecutors were able to show that a reasonable person would not have reacted in the same way. In Texas, officer Roy Oliver was convicted of killing 15-year-old Jordan Edwards by opening fire on a car full of teenagers as they left a house party. Oliver’s partner testified that he had not perceived a threat.

Prosecutors in Chauvins case hope the pleas from onlookers to check on Floyd will serve the same purpose.

Alpert, the criminology professor, said that beyond the initial moments of the confrontation between Chauvin and Floyd, there was little of the chaos that can affect sound decision-making.

Find APs full coverage of the death of George Floyd at: https://apnews.com/hub/death-of-george-floyd 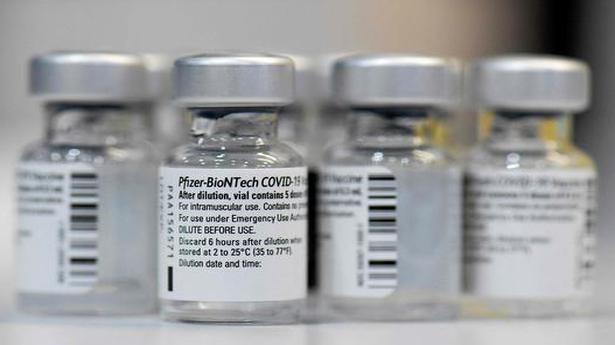