Award-winning documentary ‘Hidden in the mists of Time – The Travancore Observatory’, brings the forgotten research facility from the 1830s to new light

Trekking up the arduous route to the misty peak of Agastyakoodam, astrophysicist and academic Anand Narayanan, marvelled at the spirit of enquiry and adventure that motivated John Allan Broun, a British astronomer, to make the same trip more than 150 years ago.

“Broun, the second director of the observatory in Thiruvananthapuram (appointed in 1852), felt that an observatory post atop the Agastyakoodam, the second highest peak in the Western Ghats in Kerala, would be the best place to carry out studies on magnetism. We were tracing his footsteps to see if we could discover the post he had set up there,” says Anand, Associate Professor at the Indian Institute of Space Science and Technology.

Also Read: Get ‘First Day First Show’, our weekly newsletter from the world of cinema, in your inbox. You can subscribe for free here

Ever since Anand first heard about the ‘nakshatra bungalow’ in the heart of Thiruvananthapuram city from local history buffs, he was intrigued and tried to learn more about its location, work and history. “It still exists in the heart of the city but hardly anyone knows about its significance and the work of eminent scientists who had worked there,” he says.

He began delving into the history of the observatory and read annual reports brought out by the erstwhile Travancore Administration, where they chronicle in great detail everything that happened in the kingdom during that year. All of it is preserved at the Public Library in the city.

“I was able to read the report on the centenary of the observatory in 1937, where many dignitaries, like CP Ramaswamy Iyer, had gathered to celebrate the occasion. I realised that though it is a small facility, it had been through a lot of ups and downs, depending on the people at the helm,” says Anand.

Wanting more people to know more about the place, he decided to make a documentary. The 27-minute short, Hidden In The Mists Of Time — The Travancore Observatory, bagged awards for the best-researched film and for the best-technically visualised film (graphics, animation, and special effects) in the recently concluded 10th National Science Film Festival of India, held from November 24 – 27.

Anand began his research for the film in 2017. “We realised how fascinating regional history can be. Stories of the past are always around us but hidden from us at the same time. And that is where research becomes interesting. We talked to several local historians and the older generation who were associated with the observatory one way or the other. We then spent a lot of time finding documentary evidence to verify certain facts and fill the gaps,” he elaborates.

The observatory predates the University of Kerala, although it now comes under its aegis.

“This is perhaps the oldest scientific facility of the University and it had been commissioned by Swati Thirunal, then the reigning monarch of erstwhile Travancore, in 1837. He was keen on astronomy and was in his twenties when he decided to have an observatory in Thiruvananthapuram. There was a certain vision in his decision,” explains Anand. In 1832, Swathi Thirunal had met John Caldecott, the British commercial agent and persuaded him to set up the observatory.

To make the film, Anand approached the Department of Physics of the University of Kerala. They were extremely supportive, giving him permission for filming and for going through the archival material in the observatory. The film was financially supported by an outreach grant from the Kerala State Council for Science Technology and Education.“I gathered a team of students to help with the research. Reputed wildlife photographer Suresh Elamon sir joined in as cinematographer. I had no story board or script. We began randomly shooting everything related to the observatory. Somewhere along the way, I wrote a script,” he says. Rahul Rajiv, an engineer with a knack for visuals and science, did the editing, and Shobha Tharoor Srinivasan, the voiceover.

Anand and his team did the Agastyamala trek (about 69 km from the city) in January 2019, following reported geographical coordinates of the magnetic observing station. “There were no tangible structures there. The reports mentioned that the structure was made of wood. It is likely to have perished in the humid, windy conditions close to the summit of the peak. We just filmed whatever was present at roughly the location mentioned — there was practically nothing,” he recalls.

The poster of the film directed by Anand Narayanan, which won two national awards for technical excellence in the tenth National Science Festival of India
| Photo Credit:
special arrangement

The team consisting of Sreerag Jayakumar, Shajeer Rahman, Vivek Vijayan and Anand found the going tough even now due to the tropical vegetation and the steep climb. Academic and local history buff Achuthsankar S Nair mentions in the documentary that the team led by Broun was given convicts to help them cut a path to reach the peak.

“However, one of the many reasons why this facility, in our opinion, waned out is because its focus kept shifting over time from astronomy to magnetic field studies, to timekeeping, and meteorological measurements. It depended on who was in charge of the observatory and what their science interests were. At the same time, the city grew around that facility, the light pollution increased, and it became difficult to carry out scientifically worthwhile astronomical observations,” believes Anand.

He says the future of this place lies in reviving the facility into a science history museum, and an astronomy public outreach facility and thus help. . “This is probably the best way to help the future generations bond with local history. The place is of national importance; it is the second oldest modern astronomical observatory in India, after the Madras Observatory,” he asserts. 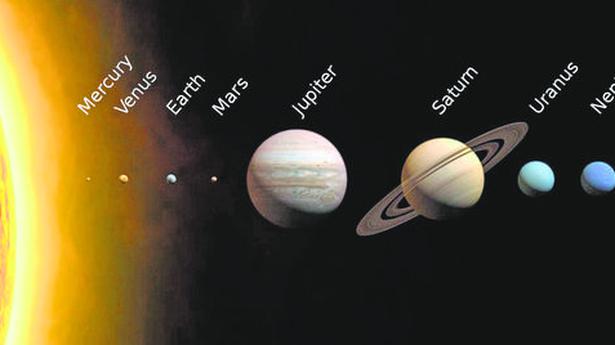