An order from the Tamil Nadu Government now permits 100% occupancy in cinema halls across the state. This latest announcement comes a week ahead of the Pongal festival, when big theatrical releases are generally scheduled. While the government says that the permission has been granted owing to reducing number of daily cases, it is hard to miss that Assembly elections are due in a few months.

After the pandemic had struck and the lockdown was imposed in March, with most films taking the OTT route, theatre owners were a worried lot. While cinema halls were permitted to screen for a 50% audience from November, it meant less patronage, given that there were hardly any new, big-budget films making it to the screens.

The government’s decision to allow 100% occupancy comes following the appeals by theatre owners associations to grant permission for higher occupancy. The major beneficiary of this announcement would be actor Vijay’s film Master, which is salted for a January 13th, Pongal release. The film was to hit screens sometime in Summer 2020, but had to be postponed owing to the pandemic and there were even rumors of the film taking the OTT Route.

However, with the producers having taken a call to go for a theatrical release, this has been a cause for cheer amid theatre owners and those in the cinema industry. “We welcome this announcement as only big films will bring in crowds to theatres. As crowds start coming in for big films, even the other films will get patronage. When we opened in November to 50% occupancy, there were not enough movies to draw in audience. We will function with all precautions in place” Abirami Ramanathan a senior film producer, distributor and theatre owner told Zee Media.

The announcement to allow theaters to function at full capacity has also drawn backlash on social media, with many pointing out that the pandemic is far from over and that now was the time to remain caution owing to the UK strain etc. Many pointed out that this could lead to newer clusters, as the audience goes haywire and celebrates outside and inside the hall during big film releases. Even though, Tamil Nadu has a little over 8,000 active cases, newer clusters in IIT-Madras and in some city hotels have emerged and raised concerns.

Many also countered the argument of the pandemic risk by highlighting the number of rallies, road shows and political events that were being conducted across the state, in both open and closed venues. They questioned the political leaders for conducting such events with large gatherings, where norms are generally flouted. With elections due by around April, such gathering are only bound to increase, it was pointed out. 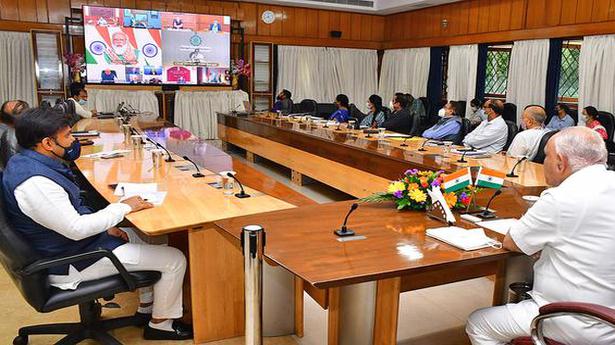