ALEXANDRIA, Va.: Whether Daniel Boices idea for a company was any good is debatable he billed it as a sort of Uber for private investigators called Trustify but his timing was impeccable.

He launched in 2015, just when the cheating-spouse website Ashley Madison was hacked and its customer base was released. Trustifys revenue jumped from $33,000 in July 2015 to $374,000 in August, as suspicious spouses who had learned their loved ones were on the list led to a spike in demand for private eyes.

But it was a one-time blip, and the company never turned a profit. Boice, meanwhile, portrayed his company as a big success, lying to his investors about the companys finances, and lavishly funded his lifestyle with their money, spending at least $3.7 million on items such as private jet travel, a seaside vacation home in Florida, and $10,000 on a personal yoga instructor, prosecutors said. Piles of Amazon boxes showed up daily at his home a few miles from George Washingtons Mount Vernon estate.

Boice, 41, was sentenced to eight years in prison Friday in U.S. District Court in Alexandria. The judge, T.S. Ellis III, initially imposed a nine-year sentence at the hearing but then lowered it to the 97-month term requested by prosecutors, saying he rarely exceeds a prosecutor’s recommendation.

I was a bit surprised by the government’s suggestion. I thought it would be higher,” Ellis said. It’s an egregious fraud.

Boice raised more than $18 million from more than 250 investors for Trustify. Prosecutors said that from the moment the company launched in 2015 until its demise in late 2018, Boice treated the company like his personal piggy bank. Boice admitted he used at least $3.7 million of the money for personal expenses, but prosecutors said that is a conservative estimate of the money he stole.

During Trustify’s four years of operation, about 15% of its revenue came from actual work, while about 85% came from individuals and companies duped into investing, prosecutor Russell Carlberg said. One venture fund alone invested nearly $2 million.

It’s hard to imagine that Trustify was anything other than a startup fraud from the outset, Carlberg said.

Boice’s lawyer requested a five-year-term. At Friday’s hearing, Boice apologized for his actions.

I’m sorry every day for the people I’ve hurt, said Boyle, who lived in Alexandria at the time of the fraud but moved recently to the Jacksonville, Florida, area. It’s something I’ll live with for the rest of my life.

Boice was also ordered to make $18 million in restitution. The judge ordered that whatever payments Boice makes toward that sum first go to individuals who were cheated as opposed to corporate investors.

The Securities and Exchange Commission also filed a civil complaint against Boice and his wife at the time, Jennifer Mellon, who served as a vice president of Trustify. The complaint alleged Mellon benefited unjustly from the scheme. Earlier this month, Mellon and a corporation she formed with Boice agreed to pay $72,000 to settle the complaint without admitting guilt. 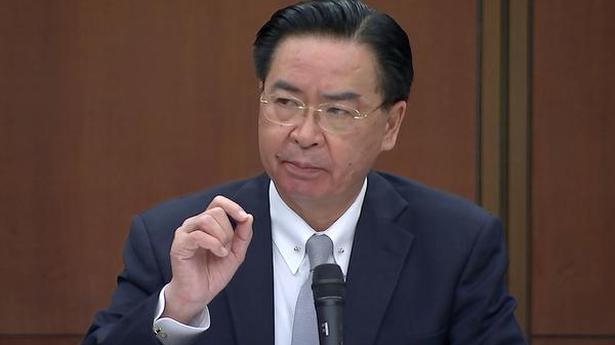