The story so far: As the May 1 deadline for pulling out all American troops from Afghanistan nears, United States President Joe Biden faces some difficult decisions. The U.S. could abide by the promise made in the U.S.-Taliban agreement signed in February 2020 to withdraw the last of the around 2,500 American marines stationed in Afghanistan, but Mr. Biden has said it would be tough given the levels of violence there. The U.S. could negotiate with the Taliban for an extension of the agreement, offering other incentives like the release of more prisoners and the delisting of sanctioned Taliban terrorists, although the Taliban has thus far rejected that suggestion. The other option is that the U.S. could scrap the 2020 agreement and back the Ashraf Ghani government to continue towards a negotiated settlement, even as U.S. troops remain in Afghanistan to stabilise the security situation.

What is the U.S. likely to do?

During his visit to Delhi last week, U.S. Defence Secretary Lloyd Austin said an extensive review of the U.S.’s plans for Afghanistan is still under way and that “no decision on the length of stay or troop numbers have been made to this point”. At a press conference, Mr. Biden said he did not foresee U.S. troops staying in Afghanistan “for a long time” or until 2022, but that adhering to the May 1 commitment at this point would be “hard”. No U.S. troops have been targeted by Taliban militants in the past year, but violence against Afghan civilians, particularly women, journalists, students and activists has gone up manifold, and despite the peace agreement, more than 3,000 civilians were killed in 2020. The U.S. has shown some impatience with the Ghani government as well, believing that it is dragging its feet on intra-Afghan negotiations that began last year in Doha but have stalled for the moment. U.S. Secretary of State Antony Blinken wrote in a letter, which has been leaked and not denied, that Mr. Ghani must understand the “urgency of [his] tone” as he proposed a new peace plan. The plan proposes that Mr. Ghani step up negotiations with the Taliban for “power-sharing”, discuss principles of future governance with the Taliban, and step aside eventually for a “more inclusive” or interim government. The tone of the letter seems to make it clear that the U.S. is not in favour of completely scrapping the 2020 agreement. Therefore, it is most likely to pursue the option of negotiating for an extension of the agreement, according to experts, as it builds other dialogue platforms.

What are those platforms?

Apart from the intra-Afghan negotiations in Doha, the U.S. revealed this month that it has been part of a “Troika” with Russia and China that have met several times since March 2019 along with Pakistan in search of a regional solution. The extended Troika met last on March 18 in Moscow, where Turkey, Qatar and Afghan and Taliban leaders were also invited.

In his letter, Mr. Blinken proposed another mechanism for regional envoys to be led by the United Nations, which would include India and Iran as well. The next round of intra-Afghan Negotiations will be hosted in Istanbul in April, according to Mr. Blinken’s proposal.

What is President Ghani’s plan?

Mr. Ghani has proposed his own peace plan. The plan was announced by Afghan Foreign Minister Haneef Atmar during his visit to Delhi this week, where he reached out for support. It would involve a full ceasefire, inviting the Taliban to participate in early elections in Afghanistan, and then for Mr. Ghani to hand over power to the elected government.

Mr. Atmar told The Hindu that the proposal was a “generous” offer from Mr. Ghani, who has completed just a little over a year in his present term as President. He also said no regional talks could be successful if they did not include India, which is a development partner and a stakeholder, and called the Troika meet in Moscow that did not include India, ostensibly due to objections from Pakistan and China, a mistake.

Where does India stand?

India’s position has been to back an “Afghan-owned, Afghan-led, Afghan-controlled” peace process, backing the elected government in Kabul, and it has not yet held talks with the Taliban directly. As a result, its option remains to stand with the Ghani government and support the constitution that guarantees a democratic process and rights of women and minorities, over any plans the Taliban might have if they come to power.

At the same time, India has not foreclosed the option of talking to the Taliban if it does join the government in Afghanistan, and in a first step, External Affairs Minister S. Jaishankar addressed the Doha inauguration of intra-Afghan talks last year. The government has not yet announced a special envoy on Afghanistan, who could be a part of the UN-led process for regional countries, but it has made it clear that it seeks to be an integral part of the process, as the outcomes will have a deep impact on India’s security matrix as well. 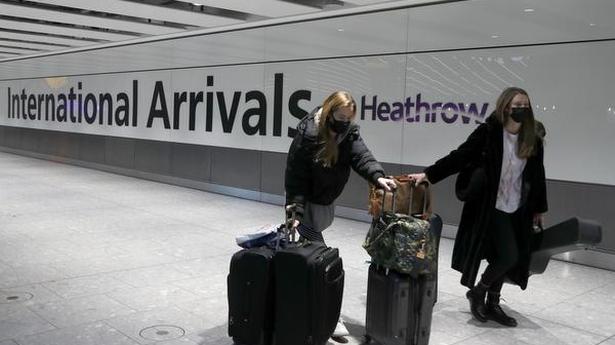