West Bengal minister Sashi Panja says the Railways had in 2019 allocated a token of ₹1,000 for many “pro-people” projects.

The Trinamool Congress on Monday accused the Railways of “drastically” reducing allocation for several central government projects in West Bengal, and sought to know if the Ministry was shirking its social responsibilities.

Senior Trinamool leader and West Bengal minister Sashi Panja told reporters that the Railways had in 2019 allocated a token ₹1,000 for many “pro-people” projects.

“The proposed Lakshmikantapur-Namkhana line is one venture that has received ₹10 lakh allotment. If money is not allotted to projects meant for the general public, how can Railways carry out its social responsibility,” she said.

Ms. Panja claimed 10 modernisation projects, which had been planned by Mamata Banerjee during her stint as the Railway Minister, have been scrapped.

“The BJP government at Centre has ignored the road map for railways — charted out by Mamata Banerjee — in a deliberate planned manner, ignoring the interest of common people,” she said.

The Centre, instead, wants to introduce bullet trains in Gujarat.

“For every kilometre the bullet train runs, ₹180 crore has to be spent. Just imagine what will be the total expense in that case,” she said.

“On the other hand, setting up a dedicated freight corridor to ferry vegetables and other essentials would incur ₹28 crore for every kilometre. We are not against development, we are just talking about priorities,” she said.

Iterating that the “unplanned” lockdown, triggered by the COVID-19 pandemic, had left the poor across the country in the lurch, Ms. Panja said services were suspended without any consultation with States.

Alleging that the plight of migrants, who had to undertake arduous treks to return home in the absence of public transport, “failed to move the Centre”, she said the Bengal CM, during the crisis, made arrangements for 300 trains to ferry them back to the State, and paid for all expenses.

Asserting that the Trinamool government’s ‘Duare Sarkar’ (government at doorsteps) campaign has received an overwhelming response, the Trinamool leader said only a handful of people had initially faced difficulty during their first visit to one of the camps set up for the initiative, and the Opposition parties circulated those images on social media to “pull down the dispensation”. 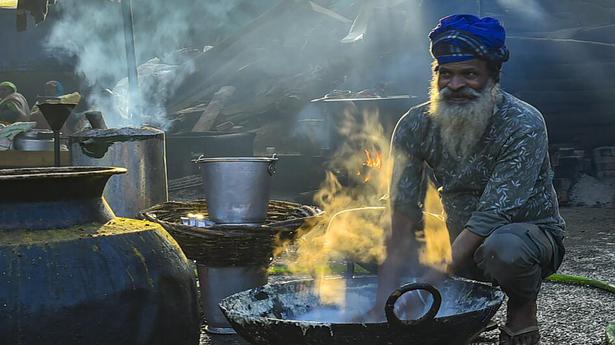