Visiting the Laat Bhairav temple in Benaras had long been on my bucket list. Newspaper articles on it had piqued my interest: one of them had an image of Ramleela being performed on one side of the temple grounds and namaz being offered on the other. Reportedly, this was a place where the strains of Ramcharitmanas’s chaupais and azaan melded in the air. I had to experience this for myself.

I read up on Laat Bhairav before making the journey. Diana L. Eck writes in Banaras: City of Light: “[The] image of Bhairava is a pillar, encased in copper, and smeared with vermilion. Thus, it has the name Lat, the ‘staff’ of Bhairava.” She adds, “When Sherring examined the site in the 1860s, he was convinced that the most ancient remains there were not those of the Hindu temple, but of a much earlier Buddhist complex, and that the Lat itself was really an Ashokan pillar, with just the dimensions of the Ashokan pillar found at Sarnath a few miles to the north.” Today the pillar stands in the middle of a Muslim idgah (prayer ground) and believers of both faiths pray in the same compound.

I landed up there on the day of Muharram. People had gathered in sizeable number in the compound. They chatted amicably, sharing snacks. Then the procession of tajiyas began: I watched fascinated as it sailed by smoothly under police supervision while on the other side of the same road a mela went on undisturbed.

Laat Bhairav boasts of other minor wonders too. For one, it is amazingly quiet, the air unsullied by that bane of religious places in India — the cry of loudspeakers. Not being a regular tourist spot, the crowd is less here too. The compound also has a pond, which remains locked for the most part of the day. While ponds adjacent to temples are common in Benaras, clean ponds, like the one here, are not. The tree-lined large courtyard gives off an inviting vibe. The scholar, John Irwin, writes, “The pippal tree worshipped beside the stump is said to be the scion of an earlier tree destroyed in the riot” (‘The Lat Bhairo at Benares (Varanasi): Another pre-Asokan monument?’).

What riot? Intrigued, I looked it up. Elizabeth-Chalier Visuvalingam and Sunthar Visuvalingam say, “The pillar was the focus of fanatical violence between Hindus and Muslims during the famous ‘Lat Bhairo riots’ of 1809, which eventually evolved by 1811 into a common political agitation directed against the excesses of colonial rule, without however resolving the question of the Lat” (‘Between Mecca and Benares: The Marriage of Lat Bhairava & Ghazi Miyan’).

So Hindus and Muslims have fought at this site, which apparently has a Buddhist past. Sitting in the courtyard under the shade of a huge neem tree, I recalled Irwin’s words again: “The modern visitor has an impression that he is witnessing a relatively late stage in the history of a site that had once been sacred to all Indian religions and was probably older than any of them. What a strange medley.”

The next time I visited, it was for Ramleela. The celebrations were sad — they seemed like a relic from another age, a tradition being forcefully continued. The few spectators who had gathered were busier with their phones than with the going-ons. I was reminded of the Ramleela in Ramnagar, also in Benaras, that is famous for its pomp and show. There too I had the feeling that I was watching a spectacle belonging to another time. Incidentally, the effigies used in Ramnagar Ramleela are made by the same family which makes the tajiyas for Muharram.

The writer is a history buff and avid blogger. 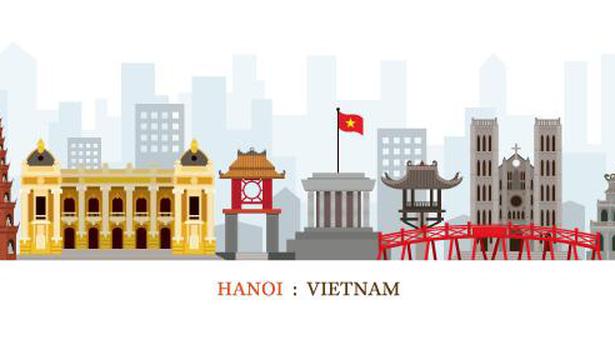