Voters across Georgia cast their ballots Tuesday to decide which party will control the U.S. Senate.

The election has dominated the airwaves in the state for weeks and both sides have launched intense operations to turn out the vote.

What some Georgia voters are saying:

Callaghan said she voted all Democrat, an experience that was new for her.

Ive always been Republican but Ive been pretty disgusted by Trump and just the way the Republicans are working and especially the news this weekend, she said, referring to the president’s recently recorded efforts to find enough votes to overturn President-elect Joe Bidens win in Georgia. I feel like for the Republican candidates to still stand there with Trump and campaign with Trump feels pretty rotten. This isnt the conservative values that I grew up with. This is more cronyism.”

The stay-at-home Atlanta mother, who voted for Biden in November, said she wasnt bothered with the allegations from Republican Sen. Kelly Loeffler that her Democratic opponent, the Rev. Raphael Warnock, does not adequately support the military and police. But she said she became concerned when her 8-year-old daughter started parroting the claims.

We were teaching her about all the attack ads were getting and one day she said, Raphael Warnock is evil, then the ad came on and she was speaking it word for word, Callaghan said. Shes our oldest one so (we’re) helping her learn what it means when people say things that it doesnt necessarily mean things are true.”

Babish voted for the Republican candidates because he said he is eager to maintain a balance of power in Washington.

I really hope the Republicans win at least one seat so theres a split, said Babish, who cast his ballot in Cobb County, just north of Atlanta. I think its better when neither party controls all three branches and can do whatever they want without any kind of check from the other side.

Politics have become far more partisan and divided in recent years, he said.

I was a kid in the Reagan years, and the story back then was that (Republican President Ronald) Reagan and (then-Democratic House Speaker Tip ONeill) could fight politically about stuff, but still go out and have a beer at the end of the day and be friends. I think were far from that now with the leadership on both sides, and I think thats a loss a real loss for the country.

Bonner, a chef, got up at the crack of dawn Tuesday and stood in line at an Atlanta church to cast a ballot for her pastor, the Rev. Raphael Warnock. Bonner’s been a longtime member of the church he leads, Ebenezer Baptist Church.

Loeffler has run attack ads against Warnock that use clips of his sermons to back up her allegation that he is not supportive of police or the military.

Bonner said those clips of Warnock have been taken out of context.

We need somebody in there thats going to care for the people and not for themselves, she said. And I know for a fact that Pastor Warnock does that.

Still, he added that he was concerned by Republican David Perdue’s and Sen. Kelly Loefflers recent support of President Donald Trumps challenges of the presidential election results in Georgia.

I thought it was a bad tack, said James, who works in real estate. But it didnt really change the reasons I voted. It was as much a vote against universal power as it was for either of the candidates.

James said he was worried about losing a balance of power in Washington if Democrats win control of the Senate.

Basically a lock on power is my concern, lock on Supreme Court, ending filibuster. I think everyone is more power-hungry than they are concerned about the country at this point.

I just want a Congress thats going to able to get something done, said Quigg, who voted at a church in Marietta, one of Atlantas northwest suburbs.

I would prefer to have a balance of power, but I think the last decade has showed that having a Congress that is overwhelmingly opposite of the president is counterproductive, said Quigg, who declined to say how he voted.

Quigg is a paramedic, and said he thinks more could be done to fight the coronavirus.

I think we need a much better plan than what weve got right now because frankly, its a disaster,” he said.

Tran voted for Warnock and Democratic candidate Jon Ossoff at a church in downtown Atlanta. The two candidates represented the lesser of the two evils, the progressive art director said.

Tran said the attack ads against Warnock actually swayed her to vote for him and Ossoff.

The ads are ”making them seem more radical than they actually are by saying that they actually want to defund the white supremacist police system, Tran said. Neither Ossoff nor Warnock proposes defunding the police.

Now that Tran has cast her vote, she is excited to put the contentious election behind her. Im done with these commercials, she said. 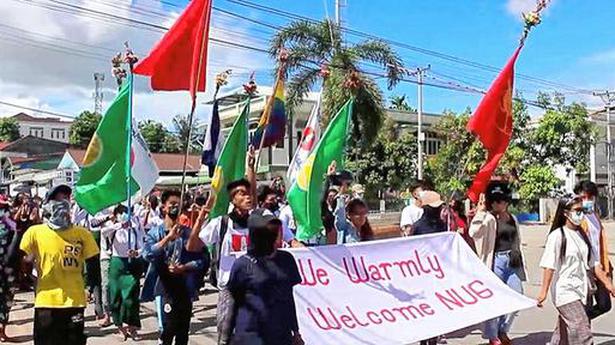