With mandatory use of face-mask, social distancing norms and temperature checks in place, the popular spots in the region have a different feel

The beaches, valleys and other tourist spots in and around Visakhapatnam finally re-opened this week after nearly six months, following the outbreak of COVID-19 pandemic. With mandatory use of face-mask, social distancing norms, and travel restrictions from neighbouring States in effect, the once-packed tourist spots in Visakhapatnam look a little different.

The first few days after reopening of Rushikonda beach saw a slow trickle of visitors. Temperature checks were done at various points and guards alerted people to wear masks at all times.

“We have resumed the boating activities with two jet skis and two speed boats at present. Spraying of hypochlorite solution is being done at the seating areas at Rushikonda,” says T G Prasada Reddy Divisional Manager of Andhra Pradesh Tourism Development Corporation (APTDC).

According to him, APTDC incurred losses of more than ₹12 crore during the past six months of pandemic. “The rail and air connectivity with neighbouring States of Odisha and West Bengal is yet to be fully operational. At present, the local visitors are coming in. We are expecting the visitor inflow from other States to pick up by October,” says Prasada Reddy.

Borra Caves that opened to tourists on Sunday now has a restriction of up to 300 visitors per hour. In the peak season, the place would see a flow of as many as 5,000 visitors per hour. “Now every visitor will be given santisers, disposable masks and gloves with temperature checks done before entry. We have marked circles throughout the caves to maintain social distancing,” he adds. Plans are afoot to gear up for the peak tourist season starting from October by extending the timings from 8 a.m. to 7.30 p.m. at Borra Caves. At present, the entry allowed from 10 a.m. to 5 p.m.

Visakhapatnam Metropolitan Region Development Authority (VMRDA) is be opening popular spots like Kailasagiri, Dr.Y.S.Rajasekhara Reddy Central Park and Thotlakonda this week. However, like other places the experience of visiting these places will be different as people are expected to wear masks all the time; several signboards will be put up prompting people to maintain six feet distance and sanitise their hands.

“These steps have been implemented on the recommendation of committees that were set up a few weeks ago to survey each of the tourist spots. Separate dustbins have been added in the parks for people to dispose of their soiled masks and gloves. However, no person without a mask will be allowed on the premises,” says P Koteswara Rao, Commissioner of VMDRA.

People will have to wait a little longer to visit the INS Kursura Submarine Museum and TU 142 Aircraft Museum on the Beach Road. Both the museums which saw a record of over six lakh visitors in 2018-2019 are a major tourist attraction in the city. “The submarine and the aircraft museum are extremely narrow and enclosed spaces, so we are taking a little more time to understand and implement precautionary measures before reopening these places to the public. Once they reopen, every visitor’s temperature will be checked. The museums will be closed for a few minutes every two hours for sanitising and disinfecting the place. Apart from that, we will also facilitate online payments at the ticket counter to ensure cashless transactions.People will not be allowed to touch anything inside the museum. Each group, of not more than six people,will be accompanied by a guide to ensure they follow safety measure,” adds Koteswara Rao.

As per the adventure activities like the rope-way cable car and the toy trains at Kailasagiri VMRDA will be running a trial phase for a week before opening it to the public. “These places have been closed for more than five months, so to ensure safety, we will be opening it only after testing their working for a week or two,” he adds.

For the visitors stepping out to these places after a long break, the experience has been mixed. S J Siddhanth visited Rushikonda Beach on Monday after almost five months despite living just three kilometres away from the sea. “Though the number of tourists was less compared to pre-COVID times, people did not maintain six feet distance on the beach. The authorities were doing their bit of checking temperature and asking people to wear their masks. If you visit any of the beaches, you would know that people barely follow any precautionary measures, many of them roam around without a mask. While it is good to step out once in a while for a breath of fresh air, staying indoors as much as possible seems the right thing to do,” says the 29-year-old resident of Sagar Nagar. 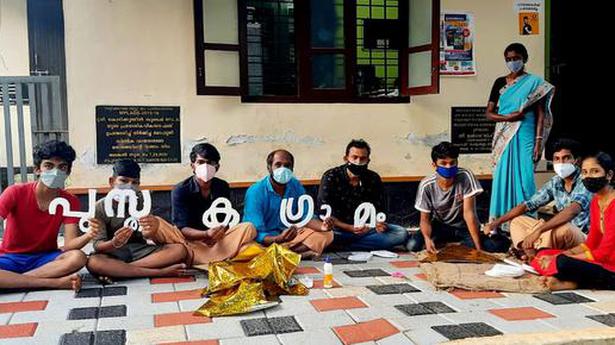 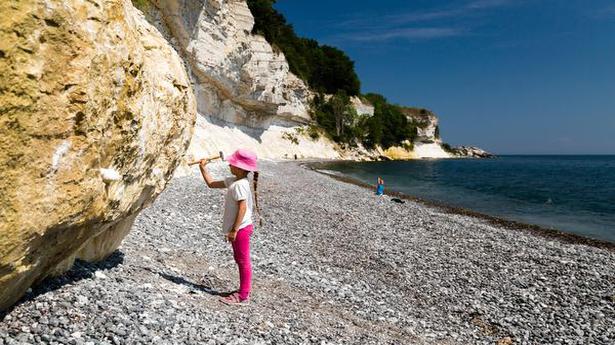