Over the last 100,000 years, several land-dwelling mammals including big carnivores have gone extinct across the globe. North America lost its saber-toothed cat, North American lion, scimitar-tooth cat, American cheetah, and the only big cats left now are the Puma and the Jaguar. But most of the megafauna of South Asia and Africa were resilient to the arrival of modern humans and the region still has large land mammals such as elephants, tigers, and rhinos. A team led by Advait Jukar from Yale University set out to investigate why these big mammals are still seen in India when they disappeared from the Americas.

A paper published last month notes that co-evolution – the fact that native animals learn to adapt to a new predator played an important role.

“If humans were hunting, these animals evolved techniques to avoid people. For example, if we like to hunt on the plains, maybe these animals lived in the forests. It’s basically an evolutionary rat race where one species has to keep up with the other in order to survive,” explains Dr. Jukar from the Department of Anthropology at Yale University. He is the lead author of the paper published last month in Palaeogeography, Palaeoclimatology, Palaeoecology.

However, there were mammalian extinctions in the country: two massive elephant relatives (Palaeoloxodon namadicus and Stegodon namadicus), a hippo (Hexaprotodon sp), and a horse relative (Equus namadicus) were lost.

“So what’s actually common to all of these animals? And, what was going on in the environment at this time? All the extinct species were large, slow reproducing species, and they go extinct when the climate is fluctuating. We know that environmental change can stress populations out, especially populations of animals that don’t reproduce quickly. Elephants have a two-year pregnancy and it takes about six years between calving events. Hippos, when they’re stressed out, don’t breed well,” explains Dr. Jukar. “But based on the fossil record, we know that these animals have survived multiple periods of similar environmental change in the past. They only go extinct when people show up. So people probably were the last nail in the coffin for these animals. Had we not shown up, they would have probably been fine.”

India was also home to ostriches (Struthio camelus) and Dr. Jukar notes that humans may have been the reason for their local extinction. “We have ostriches in cave art and we have a lot of evidence of people using ostrich eggshells for ornamentation by making beads. Humans probably used eggs for food. And obviously, if you start eating up their offspring, the populations are going to crash.”

Dr. Jukar adds that humans may be driving the extinction of the mammals that fought and survived. “So most of the animals which survived, had a fairly large geographic range. But today, these animals are being restricted to small pockets and in fragmented populations, a lot of interbreeding happens making the populations weaker. And with increased human pressure, it’s just a matter of time before they start going extinct. So we need active conservation to make sure that these animals don’t go the way of Indian hippos or ostriches.

Prof. Parth R. Chauhan, a paleoanthropologist from IISER Mohali, who was not part of the study, says that different factors may be behind the extinction of different species. “I don’t think humans played equal roles across the Indian Subcontinent for all the species that become extinct. Nor can you point fingers only at climate change. For example, hippos and ostriches become extinct roughly at the same time. But if you look at their respective adaptations, hippos are used to water environments and ostriches are used to dry environments. So you cannot assign climate climatic factors to both of the species equally across India. There cannot be one dominant factor across India for these extinctions and more studies are needed.”

He adds that one has to keep in mind that not all species are represented in the fossils and there are still missing links and biological dead ends. 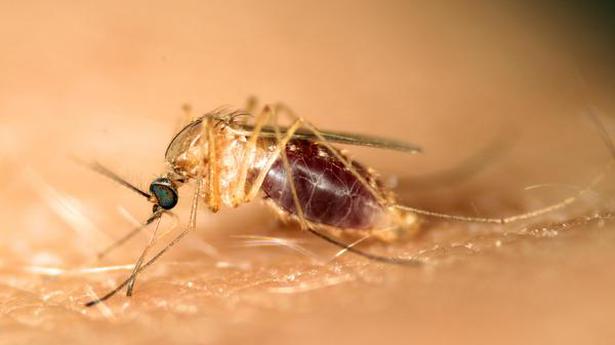