Trump appeals to Republican lawmakers to object to certification of votes in Congress session.

With mounting desperation, Donald Trump declared on Monday night he would “fight like hell” to hold on to the presidency and appealed to Republican lawmakers to reverse his election loss to Joe Biden when they convene this week to confirm the Electoral College vote.

Electoral voters won by President-elect Biden are “not gonna take this White House!” he shouted as supporters cheered at an outdoor rally in Georgia. Mr. Trump’s announced purpose for the trip was to boost Republican Senate candidates in Tuesday’s runoff election, but he spent much of his speech complaining bitterly about his election loss — which he insists he won “by a lot”.

Earlier, in Washington, he pressed Republican lawmakers to formally object to certification of results on Wednesday at a joint session of Congress that is to confirm Mr. Biden’s victory in the Electoral College, which in itself is a confirmation of Mr. Biden’s nationwide victory on November 3.

Though he got nothing but cheers on Monday night, Mr. Trump’s attempt to overturn the presidential election is splitting the Republican Party. Some GOP lawmakers backing him are rushing ahead, despite an outpouring of condemnation from current and former party officials warning that the effort is undermining Americans’ faith in democracy. All 10 living former Defense Secretaries wrote in an op-ed article that “the time for questioning the results has passed”.

It is unclear the extent to which GOP leaders in Congress will be able to control Wednesday’s joint session, which could drag into the night, though the challenges to the election are all but certain to fail. Mr. Trump himself is whipping up crowds for a Wednesday rally near the White House.

Vice-President Mike Pence, who is under pressure to tip the results for Mr. Trump, will be closely watched as he presides in a ceremonial role over Wednesday’s session. “I promise you this: On Wednesday, we’ll have our day in Congress,” Mr. Pence said while himself campaigning in Georgia ahead of Tuesday’s runoff elections that will determine control of the Senate.

Mr. Trump said in Georgia: “I hope that our great Vice-President comes through for us. He’s a great guy. Of course, if he doesn’t come through, I won’t like him quite as much.” 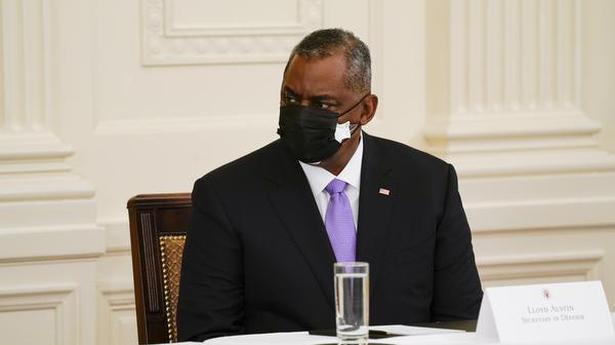